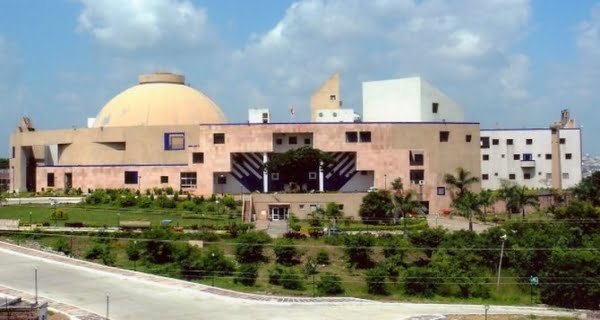 Bhopal: The one-day session of the Madhya Pradesh Assembly called on September 21 ended within just one and a half hours. During this time, the government got 8 bills passed without discussion. It also includes the most important Finance and Appropriation Bill 2020.

Earlier, the proceedings of Madhya Pradesh Legislative Assembly started at 11:00 am on time. As soon as the proceedings started, the information of the death of 24 celebrities including former President Pranab Mukherjee, Governor of Madhya Pradesh Lalji Tandon was mentioned and a 2-minute silence was observed in the House in his honor. After this, the proceedings of the House were adjourned for 5 minutes. As soon as the proceedings resumed, Protem Speaker Rameshwar Sharma informed the House about the members who had resigned from the membership of the Legislative Assembly. After that he arranged that in the absence and absence of Finance Minister Jagdish Deora, Parliamentary Affairs Minister Narottam Mishra will put matters related to finance in the House. After this arrangement, the Minister of Parliamentary Affairs first introduced the Finance and Appropriation Bill in the House. After this, the demands of the grants of the departments were put together. On this, the opposition demanded a discussion, which was rejected by the ruling party, saying that an agreement has been reached in an all-party meeting. So they should be passed without discussion.

These bills passed without discussion

Corona issue arose in the house
During the discussion in the Assembly, the issue of Corona also arose. Leader of Opposition Kamal Nath, raising the issue of negligence in treatment in private hospitals, demanded Chief Minister Shivraj Singh Chauhan to clarify the situation of Corona to the House. On this, Chief Minister Shivraj Singh Chauhan gave detailed information about the corona in the House. The Chief Minister said that the Opposition should also cooperate in dealing with Corona. Let us all fight this epidemic and defeat it. The state of Madhya Pradesh is better than other states. The recovery rate in the state is 77%. Necessary oxygen beds and systems have been ensured. He himself is reviewing the condition of Corona daily. Since March 23, all arrangements have been made for the treatment and care of patients.

204 Mumbai local trains to be restored from January 29

25/10/2020
New Delhi: Reserve Bank of India Governor Shaktikant Das Corona has been found infected. He himself has informed this by tweeting. They have isolated...

29/09/2020
Dubai: The United Arab Emirates (UAE) will send an Unmanned Spacecraft to the Moon in 2024. Shaikh Mohammed bin Rashid Al Makhtoum, the ruler...

Would not appear before the committee formed by Supreme Court: Farmers’ Organization

12/01/2021
New Delhi: Farmers' unions opposing the new farm laws did not recognize the committee appointed by the Supreme Court to break the deadlock on...