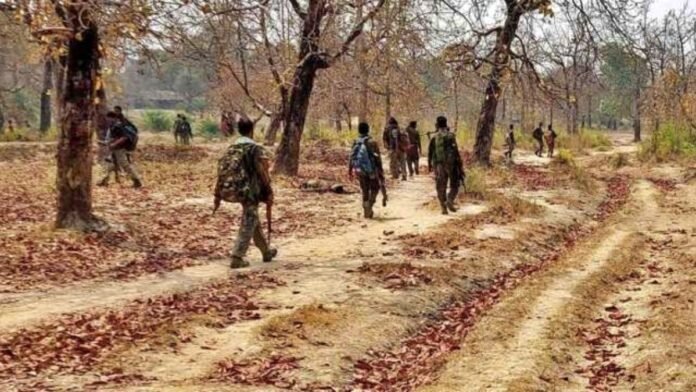 Raipur: A big news is coming out of Chhattisgarh. Here, the CRPF road opening party in Naupada on the Chhattisgarh-Odisha border has been attacked by Naxalites. The news of the martyrdom of three army personnel has come to the fore in this attack. This attack was done on the party of CRPF 19 Battalion. According to sources, information has been received that many army personnel has also been injured in this attack. Those who have been admitted to the hospital for treatment, where they are undergoing treatment.

On Tuesday, around 2.30 pm, the CRPF team was going to provide security to the people doing road construction work in the Naupada district of Orissa. But the Naxalites attacked the CRPF team.

The encounter took place in Madhya Pradesh
It is noteworthy that on Monday, June 20, Naxalites had an encounter with security forces in the Balaghat district of Madhya Pradesh. In this encounter, 3 Naxalites were killed by the army. A reward of more than Rs 30 lakh was declared on these three Naxalites. A woman was also included in the Naxalites.

Grandfather Amitabh Bachchan gave good wishes to Agastya Nanda for his debut in...

19/04/2022/9:28:am
Mumbai: Bollywood megastar Amitabh Bachchan on Monday said he is extremely proud that his grandson Agastya Nanda has started shooting for Netflix's live-action musical...

Invest Rs 29 Per Day to Get Rs 4 Lakh at Maturity; Check Benefits

09/04/2022/5:52:pm
LIC Aadhaar Shila Plan: The Life Insurance Corporation of India, or LIC, backed by the government has an array of insurance plans for people...

16/01/2021/10:59:pm
Washington: Seema Verma, one of the highest-ranking Indian-American officials in the outgoing Trump administration in the US, resigned as one of the top health...

One of the 2 terrorists killed in the encounter, a member...