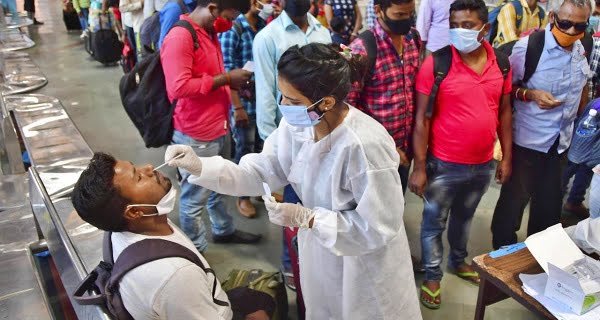 Mumbai: The BMC has suggested that a majority of city residents might have developed required immunity against Covid-19, according to the fifth serosurvey report that will be released on Friday.

According to the serosurvey report, around 70 to 80 per cent of Mumbai’s population in all age groups (barring the paediatric population) have developed antibodies to fight the novel coronavirus.

Officials from the Brihanmumbai Municipal Corporation (BMC), however, have cautioned that if a new variant of the novel coronavirus emerged, people could get infected and it was important to follow all safety guidelines and norms.

For the survey, the BMC collected 8,000 samples, including from vaccinated as well as unvaccinated people from different age groups, from 24 wards across Mumbai. The survey was conducted in August, for which the civic body collected samples from laboratories as well as physical collection.

“The figure is close to what is suggested in reports, but we are fine-tuning the findings as we want it to be more inclusive. We are including samples of unvaccinated people along with those vaccinated, barring children of course because we’ve done a paediatric sero report earlier. We are working on releasing the fifth sero report by Friday evening. Samples have been taken from labs and physical sample collection has been done for this report,” officials said.

Data shows that Mumbai has administered at least one dose to 82 per cent of its total eligible population. The last serosurvey was conducted on paediatric population from May to June and showed that 50 per cent children had developed antibodies to fight the infection.

Admission approved on merit basis in 12 departments of DAVV

10/08/2020/8:58:pm
Indore: Devi Ahilya University is preparing to start the process of granting admission in 12 departments on merit basis soon. The university has filed...

New Initiative to Engage Adolescents and Youth of India in Decisions About Their Reproductive...

19/11/2020/8:51:pm
Tehran: Amid continuing disputes with the United States, the Iranian Revolutionary Guard said on Thursday that it has added a heavy warship to its...

Novak Djokovic to play for Serbia at Tokyo Olympics

16/07/2021/9:05:pm
Belgrade: Wimbledon champion Novak Djokovic says he will play for Serbia at the Tokyo Olympics, which could fulfill his dream of a Golden Slam....

Torrential rain forecast in the next 24 hours, 16 districts facing...