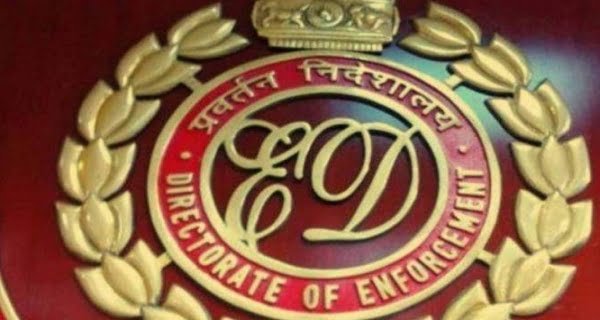 Mumbai: The Enforcement Directorate has attached the properties worth over Rs 65 crore, of Jarandeshwar Sahakari Sugar Karkhana, Jarandeshwar SSK in Satara district of Maharashtra, and the factory is linked with Deputy Chief Minister of Maharashtra Ajit Pawar and his wife Sunetra Pawar.

The action was taken in connection with a case related to the Maharashtra State Co-operative Bank (MSCB) scam under the provisions of the Prevention of Money Laundering Act.

The Central Agency attached the properties including land, building, plant, and machinery of Jarandeshwar SSK which is situated at Chimangaon, Koregaon in Satara district of the state. BJP state president Chandrakant Patil has said that he has written a letter to Union Minister Amit Shah to look into the matter and will send another letter for the detailed inquiry of this case.

Investigations conducted under PMLA revealed that Maharashtra State Co-operative Bank conducted an auction of Jarandeshwar SSK in the year 2010 at an undervalued price and without following due procedure. Ajit Pawar was one of the prominent and influential members of the board of directors of Maharashtra State Co-operative Bank at the relevant time.

The SSK was purchased by M/s Guru Commodity Services Pvt. Ltd. which was a dummy company therefore SSK was immediately leased to M/s Jarandeshwar Sugar Mills pvt ltd. which is presently operating the Jarandeshwar SSK.

It was also revealed that SSK has been used as a vehicle by M/s Jarandeshwar Sugar Mills to obtain a loan to the tune of Rs. 700 crore from Pune district Central Co-operative bank and others during the period from the year 2010 till date.

Cafe Coffee Day closed its 280 outlets, due to Corona!

About 47 lakh people may be exposed to the coronavirus in Delhi: sero survey

21/07/2020/4:06:pm
New Delhi: Amidst reports of Coronavirus (COVID-19) infection in the national capital, today the Central Government released the result of Sero survey conducted in...