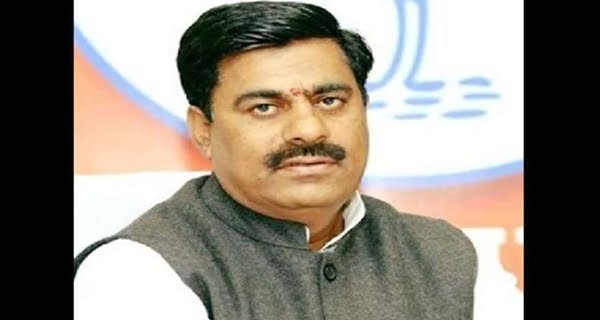 Bhopal: BJP MLA Rameshwar Sharma has been appointed as the Protem Speaker of the Madhya Pradesh Assembly. The Governor has appointed him as the Protem Speaker. Rameshwar Sharma has been given the responsibility of Protem Speaker after Jagdish Deora becomes the Minister. He will hold the responsibility of this post till the Monsoon session. He will continue in this position till the appointment of the speaker and deputy speaker. Speaker and deputy speaker are to be elected in the monsoon session.

Deora resigns to become a minister

Earlier on July 2, Jagdish Deora resigned as the Protem Speaker. He resigned as the Protem Speaker to join the cabinet. On the other hand, the Congress targeted the Shivraj government, calling Deora’s inclusion in the cabinet unconstitutional. The Congress had objected to Deora being made a minister while being a pro tem speaker. Rameshwar Sharma, who became MLA for the second time from Huzur seat in Bhopal, has now been made a pro tem speaker in place of Jagdish Deora.

After the resignation of Assembly Speaker Narmada Prajapati after the change of power in Madhya Pradesh, senior BJP MLA Jagdish Deora was made the Protem Speaker. The assembly president and vice-president are to be elected in the monsoon session of the assembly starting on July 20. It is believed that this time the BJP can retain both the post of the Speaker and the Deputy Speaker of the Legislative Assembly. At the same time, Congress can also field candidates from both the posts to pressurize the government from the monsoon session. Former minister Rajendra Shukla, Rampal Singh and Gaurishankar Bisen are in the race for the post of Assembly Speaker along with former Assembly Speaker Sitasharan Sharma from BJP.

25/08/2020/10:28:pm
Hyderabad: Fastest Human Calculator. Nowadays even if a little addition and subtraction have to be done, people immediately solve the problem by picking up...

Plane’s windshield twitched in the air, SpiceJet pilot made it land in Mumbai

29/05/2022/10:09:am
MUMBAI: SpiceJet, which provides its important facility in air travel, has been facing the brunt of notoriety for the last few days for its...