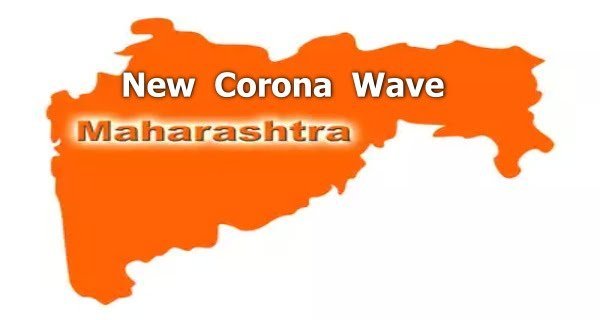 Mumbai: In Maharashtra, the outbreak of Coronavirus Cases is once again spreading rapidly. More than 11 thousand cases have been registered in Maharashtra in one day after about 5 months. According to the Health Department, 11,141 cases were reported in Maharashtra in the last 24 hours, while 38 people died during this period. Earlier, on October 16, so many cases were registered in Maharashtra. According to the Health Department, 6,013 people were discharged from the hospital in the last day. The number of cases of coronavirus infection in the state has increased to 22,19,727 while the number of people recovering has reached 20,68,044.

Due to increasing cases, it has been decided to impose a night curfew in Aurangabad from 11 March. Maharashtra cabinet minister Eknath Shinde announced this on Sunday. Shinde said that in view of increasing cases of coronavirus, a night curfew will be imposed in Sambhajinagar (Aurangabad) from 9 am to 6 am from 11 March to 4 April. At the same time, the entire lockdown will be imposed on weekends. During this time, all schools, colleges, wedding halls will be closed.

Center said – Do not be left out
On the state of the ever-increasing cases in Maharashtra, the Center said on Saturday that the reason for the increase in the cases of Covid-19 in Maharashtra is due to the indifference of the people towards the epidemic and fear of disease. At the same time, he told the state government not to take any hesitation about it.
According to the Health Ministry data, the number of people being treated for coronavirus disease in Maharashtra is more than 90 thousand.

The cause of increasing cases is not known
According to the report shared by the government, “The exact cause of the increase in cases is not known as the reduction in conduct related to Kovid-19 is not limited to only one state.” Potential factors are fear of disease, apathy towards the epidemic and recent election of gram panchayats, wedding season, school opening, etc. may lead to congestion and increased congestion in public transport. Advised to detect, monitor, and investigate those who came in contact with and strictly follow the protocol.

The Center said, “Do not be disrespectful. Follow the basic rules of surveillance, detection and investigation of contact with infected people. Make micro plans and follow the protocol strictly. Ensure home isolation, check the 100% population in hotspot areas and isolate the infected to prevent the spread. “

Cinema halls to be opened with 100% capacity across the country

31/01/2021
Chennai: Theaters (cinema theaters) have been allowed to open with 100 percent capacity across the country. The Ministry of Information and Broadcasting has also...

08/10/2020
Santa Clara, Calif., United States :  To commemorate the completion of 1000 Totally Free of Cost Surgeries amidst COVID controls at the Sai Sanjeevani Hospitals,...

Good news for those flying on festivals! The government gave a new order regarding...

12/10/2020
New Delhi: The central government has changed its previous order issued regarding the airfare. In fact, in May 2020, the Center set the Lower...

19/10/2020
Mumbai: On Monday, 5,984 more people were confirmed to be infected with Coronavirus in Maharashtra, which is the lowest in several weeks. With this,...