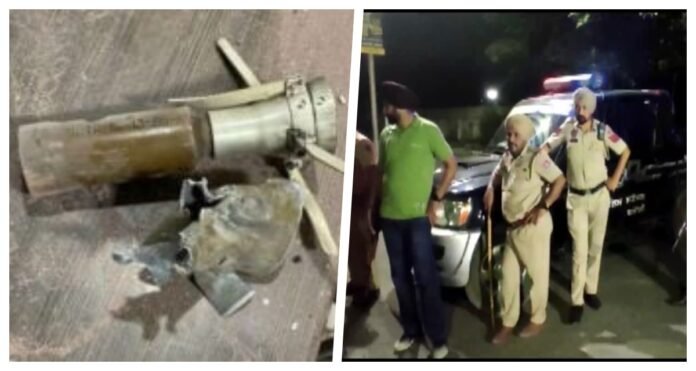 CHANDIGARH: A rocket-propelled grenade was attacked on Monday night at the headquarters premises of a police intelligence unit in Punjab’s Mohali, shattering the window panes of one floor of the building. police gave this information. Though no one was injured in the blast, political parties termed it “worrisome” and “shocking”. The blast took place at around 7.45 pm at the Sector 77 office in Mohali. The windowpanes of one floor of the building were shattered due to the explosion.

Mohali Police said in a statement, “A minor explosion was reported at 7.45 pm in the premises of Punjab Police Intelligence Headquarters in Sector 77, SAS Nagar. No damage was reported. Senior officials are at the spot and the matter is being investigated. The forensic team has been called.” Police have cordoned off the area and issued an alert.

He told that the forensic team has also reached the spot. He said that an FIR is being registered in connection with the incident. When asked whether it was a terrorist attack, he said that the investigation is on. A rapid response team of Chandigarh Police was also deployed near the Intelligence Office building. Top officials of Punjab Police reached the spot. Police said that a search operation has been started to nab the accused. The blast comes after the recovery of an explosive device near Chandigarh’s Burail Jail on April 24.

Former Punjab Chief Minister Amarinder Singh expressed shock over the blast and urged Chief Minister Bhagwant Mann to take strict action against those responsible for the incident. “Bomb blast in Mohali is a sign of deep communalism. I strongly condemn this incident and urge the police to take strict action against those who disturb the peace of Punjab.” Shiromani Akali Dal chief Sukhbir Singh Badal said he was shocked by the blast.

He tweeted, “Shocked by the blast at the Intelligence Bureau Headquarters of Punjab Police, Mohali. This has once again exposed the serious security lapse and the deteriorating law and order situation in Punjab. A thorough investigation is needed to expose and punish those responsible.” 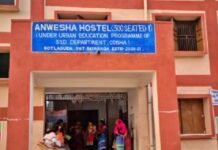 09/04/2022/12:22:pm
BharatPe vs Ashneer Grover: BharatPe co-founder and former managing director Ashneer Grover has sent a letter to the payments firm’s board and sought apology...

28/01/2021/10:57:am
Peshawar: Renowned Indian film actor Raj Kapoor's owner of the ancestral house in Peshawar has refused to sell the house at a price fixed...

PM Cares fund ought to be underneath structure or it shouldn’t be known as...

27/04/2022/9:38:am
New Delhi: A petitioner within the Delhi High Court on Tuesday mentioned that "handy preparations" can not run underneath the regulation and the PM...

Big disclosure in CAG report, 44 departments of Bihar government could...