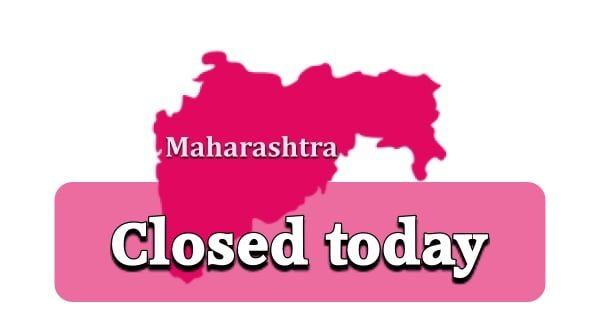 Mumbai: According to the big news of the morning, today all the three coalition parties of Maharashtra Government (Maharashtra Bandh) Congress, NCP, and Shivsena on Monday i.e. 11 October in support of the farmers killed in the incident of violence in Lakhimpur Kheri, Uttar Pradesh. A statewide bandh has been called. Today, all the three parties of Mahavikas Aghadi will jointly protest against the incident. It is worth mentioning that 8 people died in this incident. Of these, 4 were farmers. Union Minister of State for Home Ajay Mishra’s son Ashish Mishra has also been arrested in the case.

Today, during the Maharashtra bandh, Mumbai Police will increase the deployment of its personnel on the roads on Monday to avoid any untoward incident. Regarding the settlement, police officials say that three companies of the State Reserve Police Force (SRPF), 500 home guards, and 400 personnel from local armed units have already been deployed as additional manpower for security during Navratri. . But more units will be installed today for settlement.

These things will be closed

What will remain open

Opposition to BJP
Here BJP has strongly opposed this Maharashtra bandh. In this regard, the Leader of Opposition and former Chief Minister Devendra Fadnavis has said that the ruling parties are doing tremendous politicization of this matter. At the same time, BJP MLA Nitesh Rane has also warned the state government not to forcibly close the shops, otherwise, they will also come out in protest.

List of Indian communities occupying high positions across the world will be released on...

Joe Biden warned the Kabul attackers, said – we will catch you and punish...

28/08/2021/9:50:am
Washington: US President Joe Biden blamed Islamic extremists for the attacks in Kabul and vowed to avenge the lives of those killed in the...

24/02/2022/2:22:pm
New Delhi: An Air India flight to Kyiv to bring back Indian citizens has returned midway on the morning of 24 February. Because Ukraine...

Mumbai becomes ‘hotspot’, cases increase by 70%, will there be a...