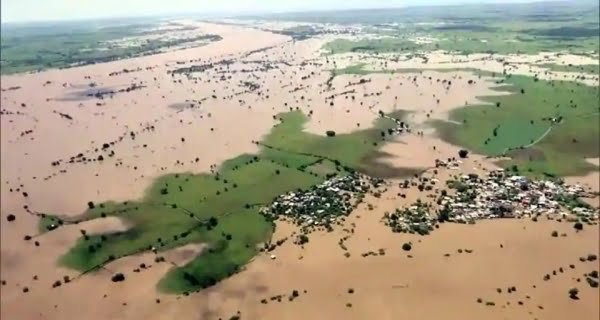 Bhopal: In 24 districts of the state, due to overflowing and flooding, crops, and infrastructure worth Rs. The crops of 11 lakh 34 thousand farmers in an area of ​​11.30 lakh hectare have been affected. 60 thousand houses have been damaged due to floods. There have been losses in eight thousand 442 villages. Roads, electric poles, bridges, culverts, and other properties have been damaged. After a preliminary assessment, the report has been sent to the Central Government.

Chief Minister Shivraj Singh Chauhan said this in a meeting with the Central Study Team on Friday. He told the team led by Union Joint Secretary Ashutosh Agnihotri that 24 districts suffered extensive damage due to excessive rains and floods in the state. 13 thousand 344 people were evacuated.

In Ujjain, Khargone, Khandwa, Vidisha, Niwari, Narsinghpur, Seoni districts, 22 thousand 546 people were removed from their habitat and secured. People were lodged in 231 relief camps. Roads, bridges and culverts have also been damaged. Attempts were made to avoid loss of life, which also led to success.

He urged the central team to make a detailed inspection of the flood affected areas and submit a detailed report of the damage after discussing with the affected persons. Earlier on Thursday, the revenue department made a presentation to the study team about the damage caused by excess rainfall and floods, in which all the facts were kept.

Crops affected in 1.5 million hectares
The Chief Minister said that before floods and excess rainfall, the soybean crop was largely damaged due to yellowing of yellow mosaic and other diseases. Crops of more than 1.5 million hectares of more than 17 lakh farmers have been affected. At its level, the government is working to compensate the loss from crop insurance and relief money. The Department of Agriculture and Revenue is assessing the loss. For this a separate Central Study Team should be sent.

Water had reached farms and homes
The Chief Minister said that on August 28-29, the water had reached the farms and rural residential areas due to excess rainfall. The army and other relief teams worked day and night. 12 districts were seriously affected and 23 districts were partially affected. I myself did not sleep for 48 hours. Food, drinking water, medicine and living arrangements were ensured by visiting the affected areas.

06/06/2021/10:47:pm
North Carolina: Former US President Donald Trump has called on Republican leaders to support candidates loyal to him in next year's midterm elections. Trump,...

Do not do this mistake before issue check, otherwise, you will have to pay...

Metro will run from 1st September, know these rules before...