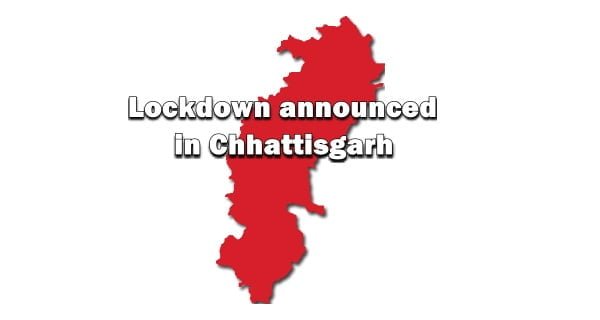 Raipur: In view of the uncontrolled state of Corona infection in Chhattisgarh, the lockdown has been announced in all 28 districts. Restrictions have been imposed in all districts till different dates. A fresh order has been issued regarding Sukma district. Instructions for the complete ban have been issued here from 6 pm on 20 April to 7 am on 1 May. However, during this time medical and other urgent services will be kept operational. Earlier, the lockdown has been announced in different districts on different dates.

During the second strain of Corona, a lockdown was first announced in Durg district in the state. The entire restrictions are in force here from 6 April. After this, lockdown orders were issued in other districts including the capital Raipur, Rajnandgaon, Bilaspur, Pendra, Sarguja, Mahasamund, Dhamtari. Along with cases of corona infection, the figures of deaths of patients are also increasing. In such a situation, a lockdown has been announced to stop the corona chain.

22/01/2021
Koderma : At least six people were buried alive in Jharkhand's Koderma district when the roof of a mica mine caved in, a senior...

18/08/2020
New Delhi: 1984 batch Gujarat cadre IPS officer Rakesh Asthana has been appointed as the Director-General of Border Security Force, BSF. According to a...