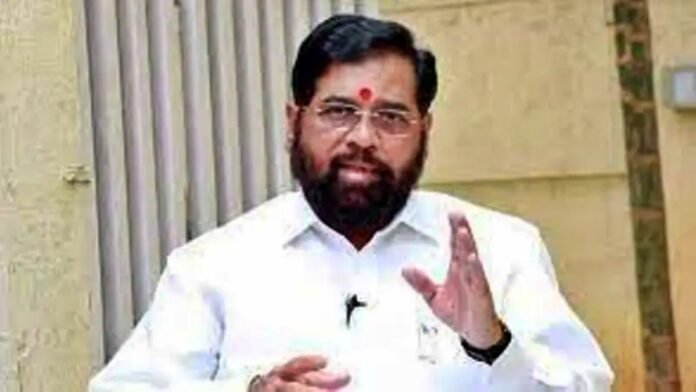 Mumbai: A big change is being seen in the politics of Maharashtra. Not long ago, BJP leader Devendra Fadnavis announced that Eknath Shinde would be the new Chief Minister of Maharashtra. Shinde will take oath as the chief minister at 7:30 pm. Fadnavis said that not many people are allowed to attend the swearing-in program. Because of this, no invitation was sent to anyone.

Eknath Shinde is said to be the most powerful Shiv Sainik outside the Thackeray family. It is believed that if Uddhav Thackeray had not agreed to become the Chief Minister in the year 2019, Eknath Shinde would have been in the same chair today. In the year 1980, Vag was associated with Shiv Sena as a branch chief. Eknath Shinde has been elected MLA 4 times from the Kopri-Panchpakhadi seat of Thane. Not only this, but he has also gone to jail for his party.

Eknath Shinde hails from Pahari Jawali Taluka of Satara District of Maharashtra. Shinde has a good influence on Thane. Whatever be the election, only their candidate has won. Eknath’s son Shrikant Shinde is also an MP from the Kalyan seat on the Shiv Sena ticket. He was the Leader of the Opposition in the Maharashtra Legislative Assembly from October 2014 to December 2014. Appointed as cabinet minister of PWD in Maharashtra state government in 2014 itself. Got the post of Cabinet Minister of Public Health and Family Welfare (Government of Maharashtra) in 2019.

The bridegroom reached the procession through Google map, then something like this happened… Learn...

On January 1, Registration of all diesel vehicles completing 10 years in Delhi will...

16/12/2021/9:24:pm
New Delhi: In compliance with the directions of the National Green Authority (NGT), the Delhi government will cancel the registration of all diesel vehicles...

Assam CM speaks to Union Petroleum Minister to inform him about explosion at Baghjan...

09/06/2020/11:10:pm
Gauhati: Assam Chief Minister Sarbananda Sonowal spoke to Union Petroleum Minister Dharmendra Pradhan to inform him about the explosion at the Baghjan oilfields and...

04/09/2020/8:36:pm
New Delhi: Kenichi Ayukawa, managing director and CEO of Maruti Suzuki India, said on Friday that the Indian auto industry is going through the...

10 days lockdown in Pune, know what will remain open, what...

Karnataka invites Microprocessor company ‘Intel’ to set up unit in...