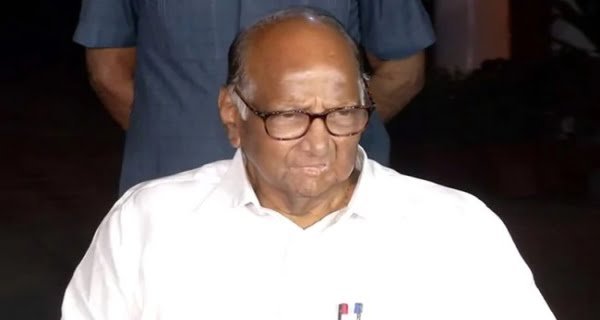 Mumbai: NCP chief Sharad Pawar on Wednesday named actress Kangana Ranaut without saying that his statements were being given undue importance. Pawar said that people are not taking his comments seriously. The former Union Minister also said that he does not take the threat received earlier this week seriously. Kangana was recently mired in controversy when she compared Mumbai to Pakistan-occupied Kashmir and said she feared the city police more.

Reacting to Sharad Pawar’s breakup at Kangana’s bungalow, he said that I have no information about his office. But it was an unauthorized construction in newspapers. By the way, illegal construction in Mumbai is not new. If BMC is getting the rules done then it will be correct.

Pawar told reporters, “We are giving undue importance to those making such statements. We have to see what effect such statements have on people. ” He said, “In my opinion, people do not take (such statements) seriously.” Pawar said the people of Maharashtra and Mumbai have “years of experience” in the work of state and city police.

He said, “They (people) know the work of the police. So we don’t need to pay attention to what someone says. ” When asked about the recent threats, Pawar said, “I have just been given a record of the threatening calls and where the calls were made from. I have received calls in the past as well. We don’t take it seriously. “

Gadkari took initiative of ‘Vedic paint’ to increase farmers’ income, know how it will...

18/12/2020/6:34:pm
New Delhi: Where on the one hand the farmer of the country is fighting with the Modi government over the controversial 'agricultural laws'. At...

31/12/2021/9:50:am
New Delhi: After China announced to keep 15 places in India's north-eastern state of Arunachal Pradesh on the basis of Chinese characters and Tibetan...

In Karnataka’s Kolar, more than 65 college students got corona infected

Back pain, diarrhea, and vomiting are also new symptoms of corona!