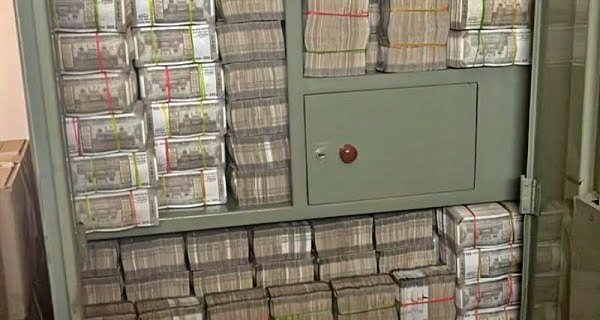 Hyderabad: The Income Tax Department carried out a major guerrilla operation here by Hyderabad-based leading pharmaceutical group Hetero. According to the information, the total unaccounted income of Rs 550 crore including about Rs 143 crore in cash has been detected at various locations of the company. Bundles worth crores were kept on the shelves of an office of the company. According to Income Tax Department officials, the raids began on October 6. The search operation was conducted at around 50 places in six states. This pharmaceutical group is engaged in the business of Intermediates, Active Pharmaceutical Ingredients (APIs), and Formulations. Most of the products are exported abroad i.e. USA, Europe, Dubai, and other African countries.

During the search, the Income Tax Department found that the company had kept records in fake books of accounts, while the original accounts were in digital media and pen drives. All such material has been confiscated. The Income Tax Department has detected fraudulent transactions. Purchases were made from companies that did not even exist. Huge discrepancies were also found in the procurement of raw materials.

Investigation of 16 lockers continues, fraud in land purchase
Personal expenses were included in the company’s account. The land was purchased by the parties concerned at a price less than the official registration price. According to the I-T department, several bank lockers have been found, of which 16 are being investigated. There is no official response from the company yet. According to officials, the investigation is still going on and there may be new revelations.

This company came into the limelight during the Corona era when it made several big deals and made big announcements related to various drugs like Remdesivir and Favipiravir for the treatment of COVID-19. Apart from India, the company has offices in China, Russia, Egypt, Mexico, and Iran.

Government of India released ranking of states, for “Ease of Doing Business”

05/09/2020/9:21:pm
New Delhi: The Ministry of Commerce and Industry has released the ranking of States and Union Territories (UTs) in terms of Ease of Doing...

22/09/2021/8:40:pm
Kabul: Pakistan is continuously supporting the Taliban government in Afghanistan in every way. Whether it is the fight for the capture of the Taliban...

4G internet services being restored in Jammu and Kashmir

05/12/2021/8:36:pm
New Delhi: Indian off-spinner Ravichandran Ashwin achieved a big achievement on the third day of the second Test match of the series against New...

The government waived the tax of bus operators, Buses will start...