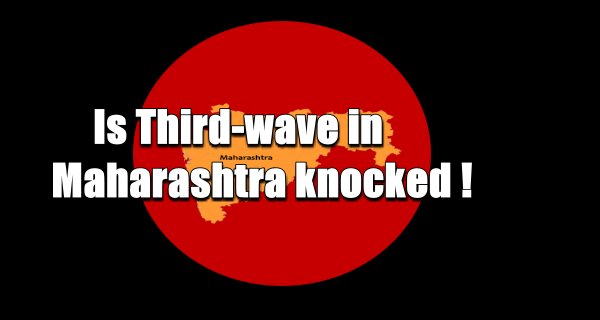 Ahmednagar: The devastation caused by the second wave of Corona did not even stop that the third wave increased the tension. There are signs of the knocking of the third wave of Corona in Ahmednagar, Maharashtra. In Ahmednagar, 8881 children have been caught by Corona, which has created a stir in the city. The tension of the district administration and health department has increased after these frightening figures. Experts have already stated that the third wave of corona will be more dangerous for children. Earlier, more cases of infection in children were reported in Rajasthan.

There are indications of the arrival of the third wave in Ahmednagar. In the month of May, 77 thousand 929 Covid positive cases were reported in the district. Out of these, the number of corona-positive children below the age of 18 years is 8881. Of these, 85 children aged 0 to 1, 2694 children up to 12 years, and 6102 children up to 18 years were found to be corona positive. This was confirmed by District Magistrate Rajendra Bhosle.

Expressing concern over the current situation, the District Magistrate has ordered to prepare a special ward for the corona infected children in the district hospital. At the same time, keeping in mind the crisis, the district administration has formed a task force with readiness.

On the other hand, local NCP MLA Sangram Jagtap has expressed concern over the current situation. He said that during the second wave, there was a shortage of beds and oxygen. So, we need to take all necessary steps to avoid this during the third wave. And need to prepare themselves fully.

Goddess decorated with 1 crore notes on Dussehra, know what happens after worship

This ‘devilish shoe’ is made of human blood, there is a ruckus about shoes...

23/02/2021/8:57:pm
Yangon: Protesters against Myanmar's occupation of power in Myanmar also appeared on the streets of the country's largest city on Tuesday. It is worth...

15/03/2021/10:29:am
Yangon: The situation has become uncontrollable since the military coup in Myanmar. On Sunday, a Chinese factory was set on fire by protesters in...