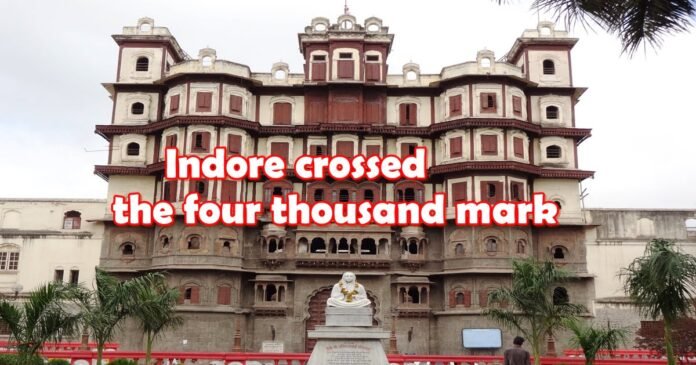 Indore: The speed of corona infection is not decreasing in Indore. On Friday, 57 new corona patients were found in the city. Together, the number of infected people has increased to 4029. According to the report released late last night, out of 2131 samples examined, 2038 samples have come negative. There are now 1162 active patients in the city. After confirming the deaths of two more patients from the Corona epidemic, the total death toll has now risen to 166.

Along with Indore, the condition of corona infection in Khandwa, Burhanpur and Khargone of the division is also worrying. Along with this, it is a matter of concern that even in these districts, there is a crisis of necessary doctors and health workers. Each district administration has prepared an action plan on the government’s directive to deal with the corona, in which preparations have been made to recruit doctors, Ayush doctors, staff nurses and ward boys. The process of recruitment of doctors and other health workers has started in some districts, but how long will it be completed and where will Corona reach by that time, it is difficult to say.

There is a shortage of 572 doctors in Indore, only 10 percent present in Burhanpur. An action plan has been prepared for eight districts of Indore division to deal with Kovid. When ‘Naiduniya’ investigated all the districts, it was found that 873 doctors and 333 PG Medicine doctors are needed to protect against corona in Indore. Thus, a total of 1206 doctors are needed, but currently there are 474 doctors and 160 PG medicine doctors. In this way 572 doctors are needed. The situation of staff nurse and ward boy is even more pathetic. In terms of population and infection, 1692 staff nurses and 1424 ward boys are needed here, but only 15 per cent of staff nurses and ward boys are available. In this case, the situation in Burhanpur district is worse.

In Burhanpur district, bordering Maharashtra, 57 doctors are needed, including doctors and PG medicine doctors, but here there are only six. In this way, only 10 percent of doctors are available who can be used to prevent corona.

Twitter bought by Elon Musk spreads lies all over the world: Joe Biden

Britain’s Drain Check to Hold Down B.1.617.2 Covid Strain

Foreign Minister of Russia Sergey Lavrov will go to Pakistan

06/04/2021/10:04:pm
Islamabad: Foreign Minister Sergey Lavrov of Russia will arrive in Pakistan on a two-day visit on Tuesday and the country's top leadership and military...

There will be a huge reduction in station entrances when the...