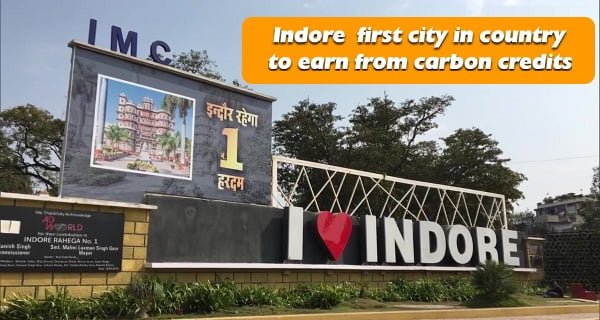 Indore: Indore city, which became number 1 in cleanliness and smart city in the country, has made a new identity with a carbon credit. To save the environment, an initiative has been taken to reduce the amount of carbon in Indore. Under the Smart City Project, 1,69,506 tonnes of carbon credits have been sold in the international market by the Corporation to Berlin-based GOTU Market Company. Due to this, the smart city earned an income of Rs 8 crore 34 lakh.

28/07/2021/10:39:pm
Sydney: The lockdown has been extended for another month in Australia's largest city Sydney. The state government of New South Wales announced that the...

11/05/2021/8:29:pm
Devprayag: In Devprayag on Tuesday, due to cloudburst many buildings sunk in the waterslide. Municipal multipurpose buildings and ITI buildings were demolished. 8 shops...

23/06/2021/10:41:pm
New Delhi: Taliban's alliance with Pakistani terrorist organizations Lashkar and Jaish is being seen in Helmand and Kandahar in Afghanistan. According to intelligence sources,...

Commandant in charge in Guna shot himself with government pistol, wife...

Website crashes for online viewing of Diwali celebrations in Ayodhya