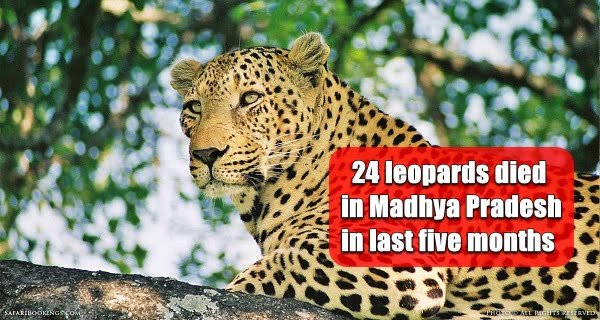 Bhopal: The death toll of tigers has increased in Madhya Pradesh this year, but there is relief in cases of leopard deaths. In view of the cases of tiger deaths, this time more leopards were expected to die, but a recent report shows that 24 leopards have died in five months.

This number is half of the 50 deaths every year, indicating that more work has been done to protect leopards in the last year. These efforts will also benefit in the nationwide count of leopards to be held next year.

Leopards have counted along with tigers, which is proposed next year. According to the Leopard Assessment-2018, Madhya Pradesh has the highest number of 3421 leopards in the country. Other states are not even close to this figure. This report was released in the year 2019. After this report, the then State Forest Minister Umang Singhar had expressed displeasure over the rising figures of leopard deaths and directed the officials to pay special attention to the safety of leopards. After this, along with tigers, leopards are being continuously monitored in the state.

State Governments may suffer huge losses due to strike of Coal India employees,...

Uproar after 5 patients died due to run out of oxygen, police of 4...

23/04/2021/11:42:am
Jabalpur: As the number of people infected with the coronavirus increases, there is an outcry over oxygen in different parts of the country. Madhya...