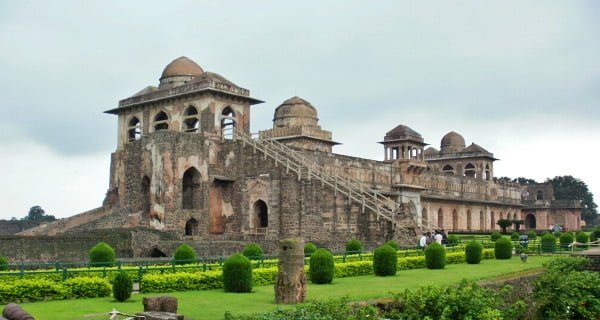 Dhar: Due to the second wave of corona infection, all the palaces and museums of the Central Archaeological Department, which were closed from April 15 across the country including Mandu, will be reopened for tourists after two months from June 16. The department has duly issued its orders to all the divisions and sub-divisions. Due to Corona, tourism activities came to a standstill for three and a half months in the first wave and 61 days in the second wave and the graph of tourism also fell.

Tourists will get entry in the tourism city of Mandu from June 16
Director Manuments NK Pathak of the Central Archaeological Department has issued instructions to this effect. The palace will remain open from sunrise to sunset in the morning as per the scheduled time. Confirming the order to open the palace, Prashant Patankar, Conservation Assistant of Mandu Archaeological Department, said that about 61 protected monuments of Mandu will be opened from June 16. After getting the order, we are busy preparing to open the palaces for the tourists.

99 percent drop in the number of tourists
Millions of tourists come to Mandu every year to see the historical monuments here, but due to the continuous lockdown for the last two years, the palace remained closed, due to which the number of foreign tourists here fell by 99 percent. While there has been a decrease of 80 percent in domestic tourists.

The tourism industry will get the booster
A large section is connected with the tourists coming to Mandu and nearby tourist places for employment. Hotel business tourist guides and thousands of small shopkeepers who set up shop around the palaces are facing livelihood crises due to the Corona effect. Now that tourism activities are about to start back. In such a situation, it is being considered as a lifeline for the tourism industry. People associated with the tourism industry are also sitting gazing towards the government that the government will give a booster dose to the people associated with tourism so that the derailed tourism starts galloping again.

09/02/2021/9:10:pm
Washington: Indian spiritual guru Sri Sri Ravi Shankar has been recognized as a 'Global Citizenship Ambassador' by a renowned American university in the US....

Thales Optimise the Air Passenger Experience From Home to the Airport