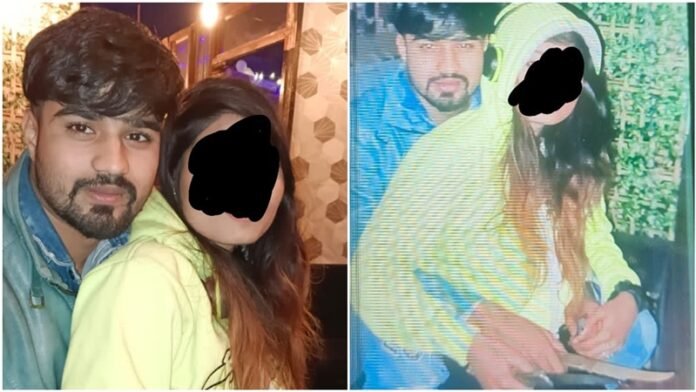 Indore:  In Indore, Hindu organization workers caught a Muslim youth from Gangwal bus stand on Sunday night. He was getting the Hindu girl intoxicated like charas powder. He was openly doing obscene acts with the girl.

Bajrang Dal Indore department convenor Tannu Sharma told that Bajrang Dal workers Rajesh Rathod, Sarad Madanpuria, Arpit, Vipin Rathod had gone to Gangwal bus stand for some work on Sunday midnight. Here some Muslim youths were getting intoxicated like charas powder with a Hindu girl outside a hotel. Along with this, obscene acts were also being done openly with the girl. When the workers got suspicious, they questioned the youth. One of them told his name as Osham Khan resident Chandan Nagar Rani Bagh. While interrogating the girl, it was found that she is a Hindu and lives in Gauri Nagar.

When taken to the police station, attacked with a knife

After this, the workers informed the girl’s relatives over the phone and told them that she was taking drugs with Muslim boys. You come to Chhatripura police station. When Bajrang Dal workers started taking Oshan Khan and the girl to the Chhatripura police station. Then one of the Muslim youths took out a knife and attacked. The worker Arpit was injured in this. During this, the people present there caught hold of a Muslim youth and thrashed him fiercely. After this, he was handed over to the police. 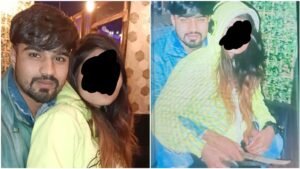 Hundreds of activists along with Bajrang Dal’s Tannu Sharma reached Chhatripura police station and got an FIR lodged against Osham Khan. On the other hand, the relatives of the girl did not get the FIR done for fear of defamation. When the workers saw the girl’s mobile, it turned out to be a case of love jihad. Osham had trapped that girl in the love trap. He also used to get her intoxicated. Photos of the girl and Osham’s knife have also been found.

16/10/2020/10:04:am
Beijing: China has strongly condemned the move by the US to appoint a special coordinator for Tibet cause. China said on Thursday that Washington's...

07/07/2021/10:28:am
New Delhi: A major incident has been carried out in Delhi. Former Union Minister in the capital, late PR. Kitty Kumaramangalam, wife of Kumaramangalam...

21/11/2021/8:56:pm
Amravati: The main rail and road links connecting the state to the south and east were snapped on Sunday due to the devastation caused...

Bangladesh announced team for T20 World Cup, Mahmudullah Riyadh did not get a place...

In Rajasthan, now corona test can be done in private lab...