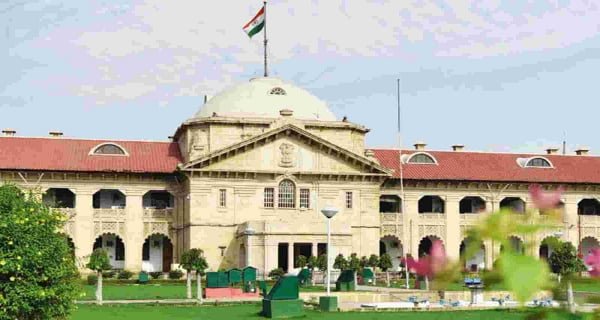 Allahabad: Giving an important decision, the Allahabad High Court has given great relief to the youth who marry in other religions. After hearing a petition, the High Court said that if adults of two different religions have married, then even their parents do not have the right to interfere in their married life. The court clearly said in its decision that if someone marries another religion, then no one can interfere in their married life and if they demand police protection, then the police will have to provide them security.

According to the information, a Muslim woman named Shifa Hassan married a Hindu youth, after which she sought permission from the District Magistrate to convert to Hinduism. The District Magistrate demanded a report in this regard from the police station. On this, the police informed that the father of the young man is not agreeing with this marriage and on the other hand the family members of the girl are also against it.

Life-threatening
After this, Schiff felt a threat to her life and that of her husband. In this regard, he filed a petition in the court seeking justice. On this, the court passed an order not to interfere with anyone and to provide security on behalf of the police. During this, the court clearly said that an adult person has every right to live life on his own and no one can interfere in it.

Right to choose the life partner of your choice
The High Court, while giving its verdict on Shifa’s petition, said that an adult has every right to choose the life partner of his choice. In such a situation, no one can raise any objection to his choice or election, nor does anyone have any right to object to their marital relationship after marriage. This order was given by a division bench of Justice MK Gupta and Justice Deepak Verma.

Going to marriage will now be expensive, the quarantine will have to happen

26/06/2020/8:23:pm
Wardha: Demonstrating attendance at wedding ceremonies that have held the couple together for a lifetime with the sacred union(marriage) of two hearts is now...

08/07/2020/10:17:pm
Bhopal: Everyone's dream is to be nominated for Oscar. Documentary filmmaker Shirley Abraham of the Bhopal capital has been nominated for the Oscar at...

Domestic workers will no longer have to conduct the Covid test...