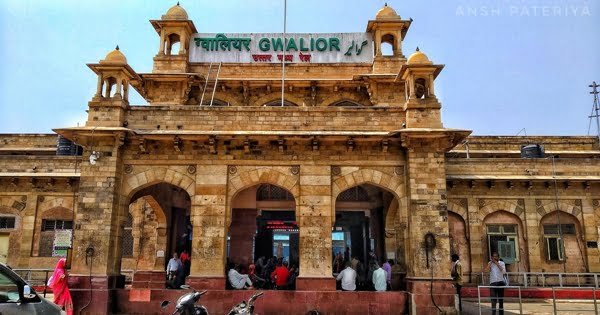 Gwalior: Gwalior was also included in the stations selected to make the major stations of the country world-class. According to the information received, 8 private companies have shown interest to rejuvenate the Gwalior station by making it world-class. The Railway Board has formed the Indian Railway Station Development Corporation Limited (IRSDC) to modernize the important stations of the country.

According to the information received, IRSDC has received a total of 32 applications for 4 stations including Gwalior. These include Nagpur, Amritsar and Sabarmati railway stations besides Gwalior. It is noteworthy that the work of making Habibganj station first in the world was started. In this work released by the private company, the station will be completely rejuvenated and a lease will be obtained for its scheduled time. The same procedure will also be adopted at Nagpur, Amritsar, Gwalior and Sabarmati stations.

54 lakh sq.ft., 1300 crores
According to the information received, these 4 stations will be redeveloped by the company receiving the lease through IRSDC. Out of these 32 applications, 9 have been received for Sabarmati (Ahmedabad). The total area of ​​the four stations is estimated at 54 lakh square feet, on which will be redeveloped. It is expected to spend a total of Rs 1300 crore. No land use change and prior environmental clearance is required for these projects as these are railway projects under the Railway Act 1989.

It may be noted that IRSDC is the nodal agency for redevelopment of stations. The said agency is a joint venture company of RLDA and IRCON which is currently owned by 50:50. Soon a company called Rights will also be added to it with a 24 percent stake. These redeveloped hubs will be called ‘Railopolis’ by IRSDC as it will attract investment and business opportunities.

14/12/2021/9:00:pm
New Delhi: In many international surveys, India has been counted among the better countries of the world to live in, but it is surprising...

Pak Army is making a ‘conspiracy’ to bring Imran Khan on ‘backfoot’, know what...

31/10/2021/10:38:am
New Delhi: In Pakistan, the Islamic right-wing party Tehreek-e-Labbaik Pakistan-TLP is currently protesting against the Imran Khan government. In the midst of these demonstrations,...

World’s largest Quran being built in Dubai, words will be written from 200 kg...

Snake left alive in the collector’s office protested against the demand...

50 percent of buses standing for five months will run on...