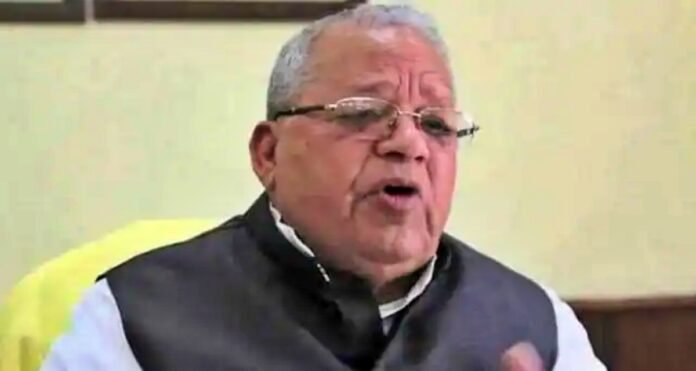 Governor himself gave information
Actually, in this regard, Governor Kalraj Mishra himself had informed about his account being hacked. Not only this, he has also officially lodged a complaint with Twitter and Telecom Ministry. However, immediately after receiving the news, Cyber ​​Police and Jaipur Police Commissionerate swung into action. Cyber ​​experts are trying to recover the Governor’s Twitter account from the hacker. However, it is not yet known who hacked the said account.

22/01/2022/10:20:pm
Priyanka Chopra and her husband Nick Jonas announced on social media that they have welcomed a baby boy through surrogacy. Priyanka has requested fans...

06/08/2021/9:12:pm
Jerusalem: The Israeli air force said it carried out airstrikes on neighbouring Lebanon for the first time in seven years Thursday, following the second...

30/06/2020/11:21:pm
New Delhi: India all-rounder Ravindra Jadeja has been named as country's 'Most Valuable Player' in Test cricket in the 21st century by Wisden.Even since...

US ‘cheated’ with Afghans, gave list of US aides to Taliban!

27/08/2021/9:03:pm
Washington: US officials in Afghanistan handed over a "kill list" to the Taliban to target Afghan civilians who assisted US forces in the country....

Corona cases increase again in Mumbai, common people will have to...

Let’s march to Delhi of farmers against agricultural laws