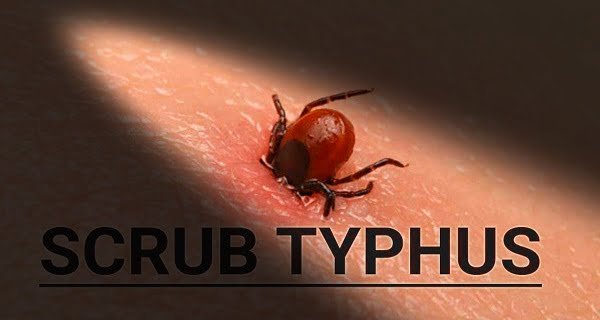 Dr. Janak Raj told that “Four patients of scrub typhus have been found in IGMC Shimla on Tuesday. It is spread through the bites of infected chiggers.

Lice-sized Rickettsia pests arise in greenery, waterlogging, dirt due to rain. These insects are so poisonous that due to their bite, the fever of scrub typhus spreads very rapidly. Most of the patients of scrub typhus are found in mountainous areas. It is a bacterial infection, which leads to the death of people. Some of its symptoms are similar to Chikungunya.

Patients with scrub typhus have fevers up to 104-105 degrees. Along with this, there is a pain in the joints, neck, lower part of the arms, and tonsils in the hips. If you also see such symptoms, then immediately go to the nearest health center and show it to the doctor.

05/06/2021/10:42:am
San Francisco: Facebook said that it is suspending the account of former US President Donald Trump for two years after its investigation found that...

The impact of Ban, now Chinese company Tiktok is preparing to move out of...

10/07/2020/7:38:pm
Preparing to shift Ticketock headquarters out of China due to increased pressureThe parent company is preparing to form a separate management board for Tiktok.The...

Pakistan will reopen Kartarpur corridor from September, Covid protocol will be necessary

22/08/2021/7:37:pm
Islamabad: Amid the effort to tackle the fourth wave of COVID-19, Pakistan has decided to allow Sikh pilgrims to visit Gurdwara Darbar Sahib Kartarpur...

‘I don’t see any justification for amending the Cinematograph Act: Shyam Benegal

03/07/2021/10:28:am
Mumbai: Noted film director Shyam Benegal said the government has no role in film certification and filmmakers' concern over the Centre's proposal to amend...

Document to be submitted by 28 February, or else pension will be stopped