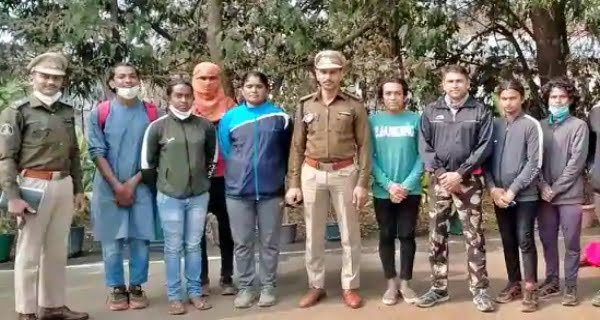 Raipur: The results of Constable Recruitment in Chhattisgarh Police have been released. This is the first time that 13 kinnars (third gender) will also become police constables in the state. For this, the names of 15 third gender participants have been released. Out of this, 2 have been placed in the waiting list. In the result released on Monday, a total of 2 thousand 259 posts have been selected from all over the state. It is probably the first state in the country, where such a number of eunuchs are joining the police. There is joy in the eunuch community on the selection of eunuchs in the police. He has also thanked Chhattisgarh Police and Home Department.

A press release has been issued on behalf of Vidya Rajput of Mitwa Samiti, who works for the Kinnar community across the country. Vidya has said that the participants in the police recruitment have given a message to India and the world that if they get a chance to show their skills, they can walk shoulder-to-shoulder with men and women and they are also entitled to a respectable life. Due to the third gender person being considered as a stigma in the society, they have been excluded from the family and society. They are completely deprived of being participants in social, economic, political and cultural life.

The selected participants said this
Selected third gender participant Krishi Tandi says that “I am very happy today, I have no words to express this happiness. I and all my colleagues worked very hard for this exam. Selected from Dhamtari The upcoming Komal Sahu says “This is news that is still not believed because I never thought that I would get a job of respect and respect.”
Selection of these participants of third gender

10/07/2020
Prime Minister will dedicate Rewa solar plant to nation on FridayRewa plant has a total capacity of 750 MWPM will dedicate to the nation...

09/06/2020
New Delhi: Indian Railways will continue to provide Shramik Special trains within 24 hours after the demand is received from the states. Railway Ministry has...

Indian-origin Akanksha Arora in the race for the post of UN general secretary, candidature...

13/02/2021
United Nations: A worker of Indian origin in the United Nations has announced his candidacy to become the next Secretary-General of this global organization....

Muslim families did the tenth cleaning of Pushkar Sarovar of Narmada

30/05/2020
Anuppur, Amarkantak. The tenth cleaning of Pushkar Sarovar of Narmada origin continues on Saturday 30 May. Even after the rain on Friday night, people...

21/08/2020
Lucknow: Elections will be held on September 11 on the vacant Rajya Sabha seat after the demise of Samajwadi Party (SP) strongman Amar Singh....