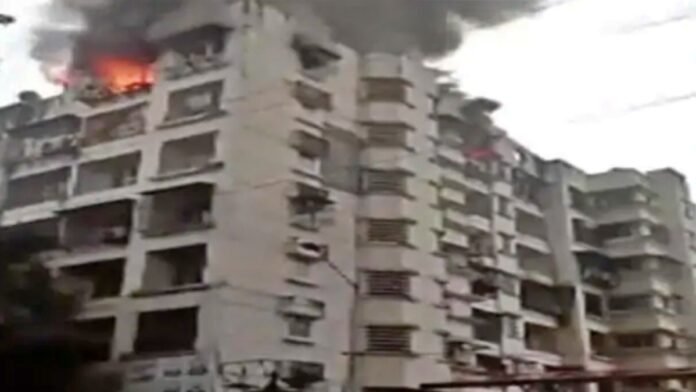 Mumbai: According to the big news of the morning, a fire has broken out on the 14th floor of a residential building ‘Dheeraj Savera’ in Borivali, Mumbai. As soon as the information about this fierce fire was received, 6 fire tenders reached the spot. Along with this, the police force has also reached the spot. There is no report of any injury in this accident so far and 14 people have been rescued. The fire has been brought under control. More details are still awaited in the matter.

Significantly, on January 22, a fierce fire broke out in a 20-story residential building in Mumbai in the morning. In which 6 people were badly burnt. While one died while 23 people were injured. Similarly, a fire broke out around 7 am on the 18th floor of the Kamala building opposite Gandhi Hospital at Gowalia Tank in central Mumbai’s Tardeo area. On receiving the information, fire brigade personnel and police had reached the spot.

Similarly, in September 2021, a fire broke out on the top floor of a seven-story building in suburban Borivali on Saturday and a firefighter was partially burnt while extinguishing the fire. The fire broke out at Ganjawala Residency in Borivali West around 7 am.

Azerbaijan claimed possession of villages amidst clashes with Armenia

04/10/2020/12:33:pm
Baku (Azerbaijan): Armenia and Azerbaijan said that a fierce fight against the separatist region of Nagorno-Karabakh is still going on. The President of Azerbaijan...

21/07/2021/10:32:pm
Bhopal: The preparations for the count (Tiger Assessment 2022) of tigers affected in the second wave of Corona have gained momentum again. Wildlife Headquarters...

14/01/2022/10:03:am
London: From Monday, the self-isolation period for fully vaccinated people in England who test positive for COVID-19 will be reduced from seven days to...

All private offices in Delhi will be closed, restaurant-bar will also...