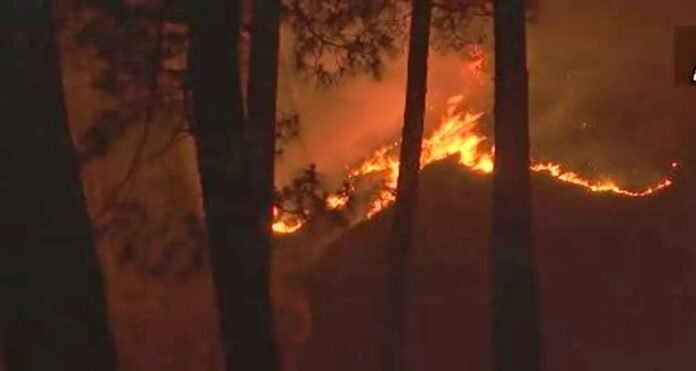 New Delhi: According to the big news of the morning, a fierce fire has broken out in many forests of Jammu and Kashmir. Yes, there has been a huge fire in the Niyaka, Panjgren, and Ghir Mughlan forest areas late last night.

On getting the information, many fire engines and forest officials have reached the spot. At present, efforts are on to control the fire. At the same time, the forest of Jhalas in the Rajouri district is also on fire since yesterday. However, the fire department says that the forest wealth worth lakhs has been destroyed so far due to the fire in this forest.

26/01/2022/9:24:am
New Delhi: There is news of relief for the customers of Punjab and Maharashtra Cooperative Bank (PMC Bank). The merger of the troubled Punjab...

26/04/2022/8:34:pm
Karachi: At least four people, including two foreign nationals, were killed and several others injured in a car explosion on the campus of Karachi...

The second wave of Corona was vicious, more than 89 thousand cases in 24...

Sirens will ring twice in all cities of Madhya Pradesh on...

26 Naxalites killed in police encounter in Gadchiroli, the operation lasted...