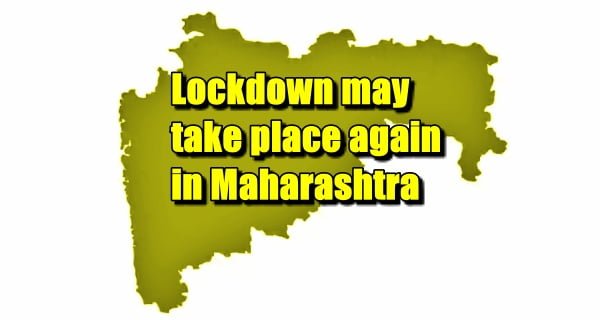 Mumbai: While on one side, Corona Vaccination is in full swing in the country (India). On the other hand, the second wave of the Corona Pandemic continues in Maharashtra. In this sequence, now, after four months, the highest number of corona cases have been registered in one day. If you look at the figures of last Wednesday, 9,855 new cases of coronavirus infection in Maharashtra increased to 21 lakh 79 thousand 185. At the same time, 42 more patients have also died due to this dangerous infection or epidemic. With this, the death toll in Maharashtra has risen to 52,280.

Significantly, so far, 20,43,349 patients of Corona have been cured in Maharashtra. At the same time, the health officials also said that 82,343 patients are under treatment in the state at present. If we talk about the capital city of Mumbai, there have been 1,121 new cases of corona infection in the last twenty-four hours. With this, the total number of cases in the city has now increased to 3,28,742. At the same time, 6 more patients from Corona in Mumbai have died in the cheek.

Some important figures of Corona in Maharashtra:

So far, a total of 3 lakh 28 thousand 742 cases in Mumbai and total death of 11 thousand 47, while 875 deaths were registered due to other reasons.

In Maharashtra, 9 thousand 855 positive cases were found in the last 24 hours.

So far, the total number of patients recovered in Maharashtra: 20 lakh 43 thousand 349.

The state has a recovery rate of 93.77 percent.

Penalty for not wearing masks:

Meanwhile, Mumbai Police Commissioner Paramvir Singh has campaigned against people not wearing masks and has also asked the police to collect fines from at least 1,000 people who violate the rules in each zone. Now Mumbai is divided into 12 police zones and along with it the urban police has also been given the right to recover a fine of Rs 200 from those who do not wear masks under the Corona rules.

To this, an anonymous senior police official said that to prevent the infection of Corona in the metropolis, Mumbai Police Commissioner Paramvir Singh has directed the police to take strict action against those who do not wear masks in public places. At the same time, all senior police inspectors have also been asked to improve the performance in their police station area and collect fine from 1,000 people in one zone every day. On this, Mumbai Police spokesman S Chaitanya said that the police is trying to increase awareness among citizens to prevent corona infection. At the same time, those who ignore the rules are not well.

According to police figures, so far, 57,692 people have been booked for violating the Corona rules since the lockdown came into force in March 2020 last year. Of these, 25,947 people were arrested and later released on bail. In this way, where the corona infection has increased in Maharashtra, the administration is fully mobilized to stop it.

22/03/2021
New Delhi: There can be a significant change in the weather of North India. Meteorologists predict that there may be heavy thunderstorms and rains...