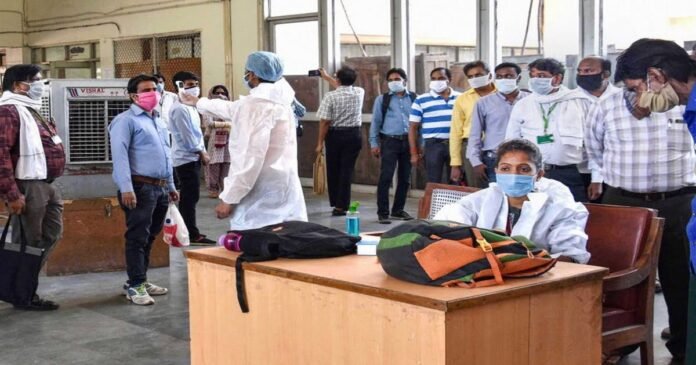 Bhopal: In Madhya Pradesh, district-wise extensive campaigns of Corona testing will be conducted. Under the campaign, intensive surveys will be conducted in each district to identify each and every corona patient. Meanwhile, the pace of Corona infection is declining continuously in the state.

The rate of doubling of Corona infection in the state has become 50 days, whereas the doubling rate of the country is 19.6 days. The Corona growth rate in the state is 1.40 in comparison to the country’s growth rate of 3.58 per cent. Madhya Pradesh is now ranked 13th in the country in terms of spread of Corona infection. Another notable fact is that in Madhya Pradesh, the recovery rate has reached 76.3 per cent. New 175 Corona patients have been reported in the state in the last 24 hours but at the same time 200 patients went back home after the recovery. At present, out of total 12 thousand 78 cases in the state, the number of active cases is just two thousand 342 whereas nine thousand 215 people have been cured so far. Chief Minister Shivraj Singh Chouhan instructed that senior officers in charge of the districts for monitoring the Corona should visit their respective districts and inspect the arrangements.

Hollywood’s veteran actress Betty White passed away, said goodbye to the world at the...

World’s 1st Plasmid DNA Vaccine can be Launched Within 2 Months If Approved, Says...

Who is the new US President Joe Biden? Learn the journey from the youngest...

08/11/2020/10:06:am
Washington: Democratic Party candidate Joe Biden is set to become the next President of the United States. According to US media, Biden defeated his...

Nitish government’s big decision, lockdown will remain in Bihar from 16...