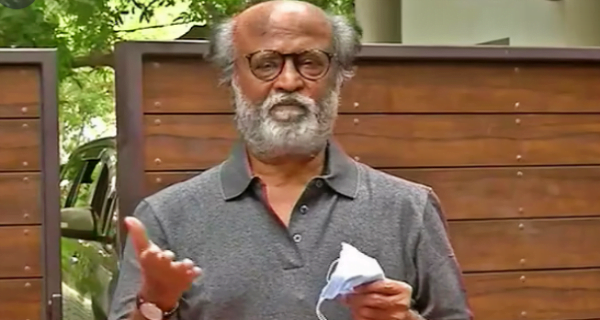 Chennai: Actor Rajinikanth on Monday announced that he is disbanding Rajini Makkal Mandram which was formed to mark his entry into politics and said he has no intention of joining politics in the future. He had raised the question before his fans and office bearers of Mandaram a few hours ago that “whether I am going to join politics in future or not”, the actor said after discussing with the office bearers that he would not go into politics.

He said that circumstances “didn’t materialize what we had imagined” because of the circumstances, possibly in reference to his previously proposed intention to do politics, which he later abandoned. “I have no intention of involving myself in politics in the future,” he said in a statement. Therefore, the RMM is dissolved and the office-bearers will work as before under the Rajinikanth Fans Forum (Rajinikanth Rasigar Narpani Mandram) which aims at carrying out the activities of public welfare, he said.

He said it was his responsibility to clarify the position regarding Mandaram after his announcement last year that he would not join politics, which was formed as an organization to prepare the ground for the formation of a political party. The non-political welfare body ‘Fans Forum’ was changed to RMM and this new organization was started in 2018. For this, office bearers were appointed at the state and district level, while separate units were also formed.

17/09/2020/10:52:am
New Delhi: President Ramnath Kovind congratulated Prime Minister Narendra Modi on his birthday on Thursday and said that he has presented a model of...

27/05/2021/8:56:pm
New Delhi: The vaccination program has started in the country. So far, more than 200 million people have been vaccinated with the Corona vaccine,...