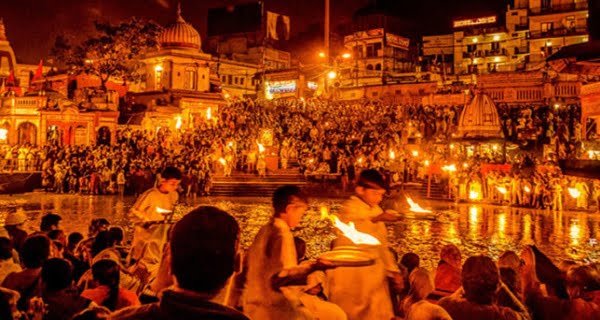 Varanasi: This time due to some reason confusion has arisen regarding the date of Dev Deepawali of Banaras, famous all over the world. Somewhere there is information on 18 November and somewhere on 19 November. Due to which the phones of hotel and guest house owners to boats and barges are constantly ringing. But don’t live in any rumors. This time Dev Deepawali is being celebrated in Kashi on 19th November. Like every year, this time to Dev Deepawali is going to be grand and divine. 84 ghats will be illuminated with the light of more than 15 lakh lamps. For this, preparations are also at the final stage at the administrative level.

What will be special this year is the hot air balloon tour. The responsibility of this has been given to the private company by the tourism department. After which the pilot arrived on behalf of the company and he also successfully completed its trial. This event will be held on the other side of the sand, whose information and ticket will be available from the tourism department in the cultural complex located at Chowkaghat. That is, this time you can see the panoramic view of Dev Deepawali even from the sky. Starting from today i.e. 17th November, Hot Air Balloon will fly for three days till 19th November. For this Sigra Stadium, BLW Complex, Ganga Par Domri, and CHS Ground have been selected.

Apart from hot air balloons, laser shows and electric fireworks will also be in the center of attraction. On the other hand, Ganga Aarti of Dashashwamedh Ghat will also be held in a grand manner, while Ganga Mahotsav is being organized at Raj Ghat. Let us tell you that according to religious beliefs, the day when the deity himself comes to Shivnagari Kashi and celebrates Deepawali, is called Dev Deepawali.

Why so many deaths in India due to Corona? research revealed

Digitization Demands a New Approach to Tackling the Cyber Threat

09/08/2021/2:22:pm
New York:  Organizations across the world have made strides in remote working and collaboration during the COVID-19 pandemic, but the proliferation of digitization is creating...

An hour-long talk between PM and Pope Francis, invited to come to India