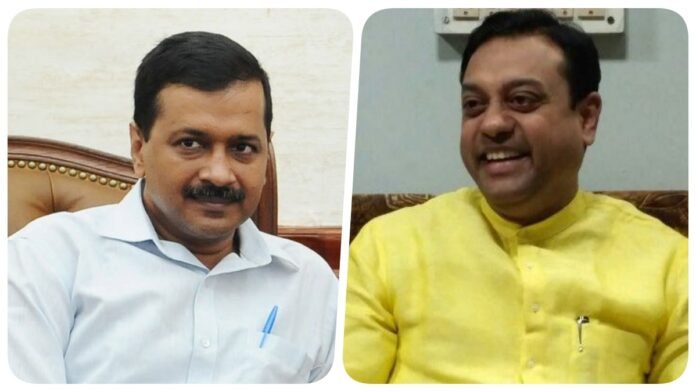 New Delhi: According to news agency ANI, a Delhi court has arrested BJP leader Sambit Patra for allegedly posting a fake video of Delhi Chief Minister Arvind Kejriwal on social media. An FIR has been ordered to be lodged against him.

Let us inform you that a 17-second video of Delhi Chief Minister Arvind Kejriwal was posted. In which he is seen supporting agricultural laws. This fake video was tweeted by the official Twitter handle of Delhi BJP and Sambit Patra, the National Spokesperson of BJP from his Twitter handle.

Aam Aadmi Party had filed a complaint against BJP spokesperson Sambit Patra in this matter in February 2021. The party had said that Sambit Patra had posted the video of CM Kejriwal on Twitter under malicious intent and propaganda.

02/08/2021/8:42:pm
New Delhi: The India Meteorological Department (IMD) on Monday said that the latter part of the monsoon is likely to receive above-normal rainfall in...

14/08/2020/11:49:pm
New Delhi: The Coronavirus pandemic is not taking its name in the country. Everyday record level cases are coming up. In many states including...

01/11/2021/9:30:am
New Delhi: According to the big news of the morning, where rising inflation has completely broken the back of the general public. At the...