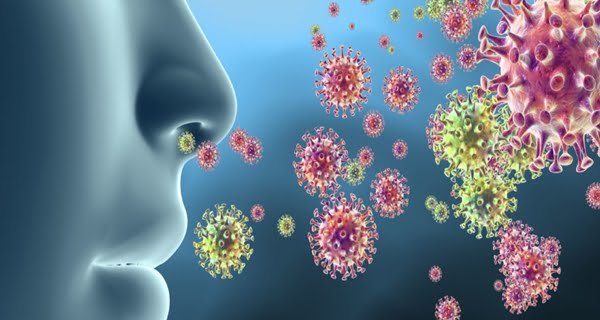 Mumbai: New Corona Cases are once again increasing rapidly in the country’s financial capital, Mumbai. In the last 24 hours, 1167 cases have been reported in the metropolis. This information has been given by the Health Department of Maharashtra. There have been 8,807 cases across Maharashtra. The worrying thing is that there was a decrease in the number of new cases in the state and Mumbai for the last two days. On Tuesday, 643 cases were reported in Mumbai and 6218 in the entire state.

In many districts of Maharashtra, the state government has also announced a lockdown in view of increasing cases. Nitin Raut, a minister in the state government, had said on Monday that strict restrictions are being imposed in the district till March 7 due to the increasing cases of Covid-19 in Nagpur. District in-charge minister Raut told reporters after the review meeting that all schools, colleges, coaching institutes in the district will remain closed from Tuesday to March 7, while the major markets will not open on Saturday and Sunday during this period. He told that the procession will not use the houses from 25 February to 7 March and political and cultural programs will not be allowed.

Apart from this, in addition to the one-week lockdown of Amravati, some restrictions have also been imposed on the other four nearby districts. These districts are Akola, Washim, Buldhana, and Yavatmal. Minister Yashomati Thakur has said that a week of lockdown in Amravati was needed to stop the growing cases of Corona. During the lockdown, all other shops and markets will remain closed except for basic necessities. These rules will also be effective on private institutes, private coaching classes, and training schools. People will be able to buy their daily needs only between 9 am to 5 pm.

There is a ban on traveling in Pune from 11 am to 6 am
Apart from this, in Pune, people will stop from 11 am to 6 am if people roam. However, during this time, people associated with important works will be able to move. It has been decided to keep the school-college closed till 28 February in the district. Minister Vijay Vadettiwar had told that if the cases in the state continue to increase, then a 12-hour night curfew can be imposed.

08/11/2020
With the news of Joe Biden becoming the US President, the headlines about the election of Kamala Harris as the Vice President of USA...

US aid begins to arrive after a deadly explosion in Lebanon

07/08/2020
Washington: The US has begun to provide aid thereafter a massive deadly explosion in Lebanon, and is amidst long-standing concerns about how officials will...

Merck Foundation Together With African First Ladies Announces the Winners of “Stay at Home”...

16/11/2020
Lahore: A woman was stoned to death in the Punjab Province of Pakistan for allegedly having an extramarital affair, conceiving her boyfriend and running...

Preity Zinta did corona test 20 times, told how life is in bio bubble