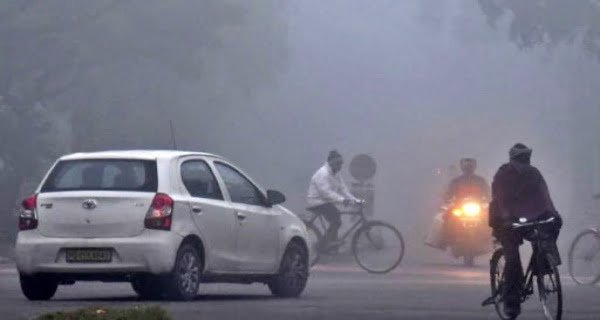 Bhopal: Due to snowfall in North India, along with the Gwalior Chambal region, there is severe winter in the entire Madhya Pradesh. On Saturday, the Karera city of Shivpuri was the coldest. There the day’s maximum temperature dropped to 11.3 degrees. At the same time, in Gwalior too, winter has broken the record of 31 years with a temperature of 12.6 degrees. The coldest night in the state also remained in Piparsama of Shivpuri. The minimum night temperature there was 3.3 degrees.

Madhya Pradesh is battling a severe winter. There was a cold day on Saturday in the entire Gwalior-Chambal zone. Karera town of Shivpuri was the coldest in Madhya Pradesh. The day’s maximum temperature there was 11.3 degrees. Here the mercury was 10.2 degrees below normal. Gwalior remained the second coldest city in the state. The record of 31 years has been broken in Gwalior in winter. The maximum temperature in Gwalior was 12.6 degrees. Earlier in 1990, the mercury had come so low. At the same time, there was a chilling winter in Bhind and Naugaon too. The day’s maximum temperature was recorded at 12.8 degrees Celsius in both cities. It was about 10 degrees below normal.

Severe winter will haunt till January 19
Due to snowfall in North India, the effect of winter has increased in Madhya Pradesh. The cold wave is coming from North India at a speed of 3 km per hour. Due to this, there will be severe cold for the next three days. During this time, especially in Gwalior Chambal, there will be a heavy effect of fog along with chills. The Meteorological Department has also expressed the possibility of rain in the region around January 19. After January 20, there is a possibility of getting relief from winter.

These cities had the coldest night (Cities with the lowest temperature)

These cities had the coldest day

21/10/2020/9:05:pm
Santiago: During a protest in Santiago, Chile last year, 30 people were killed and thousands more were killed. Chileans gathered in Central Square to...