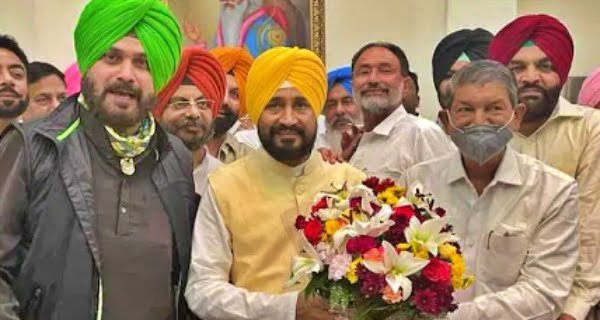 Chandigarh: Punjab CM Charanjit Singh Channi has given a big gift to the farmers and common people after taking over. Channi said in his first press conference after taking the oath, ‘We will waive the water and electricity bills of the farmers.’ Punjab CM said, ‘Punjab government is standing with the farmers. We appeal to the Center to withdraw three agriculture laws. If these three laws are not withdrawn, then agriculture will end and every family of Punjab will be affected.

Channi got emotional while addressing his first press conference in Chandigarh. Referring to himself being born in a poor family, he said that he thanks the Congress leadership for giving him this big responsibility. He said that ‘Congress has made a common man the Chief Minister.’ He said that the party is supreme. CM or MLA is not supreme.’ He said that the government will run on the ideology of Congress, which is to take everyone along. He said that no one can break in the name of caste or sect. He said, ‘The unity, integrity, and brotherhood of Punjab has to be maintained. We all have to live together. Punjab has to be taken forward.

Channi also said that action will be taken against the sand mafia and all issues will be resolved. Referring to the 18-point program set by the Congress leadership, he said that he assures the people of the state that all issues will be resolved in the coming days. The newly appointed CM said, ‘I will be the voice of the common people of Punjab. On Captain Amarinder Singh, Channi said, ‘He is our leader. He said that we will complete the unfinished work of Captain Sarkar.

Trying to snatch the issue from AAP!
Channi said, ‘Rahul Gandhi is a revolutionary leader. I am thankful to Punjab Pradesh Congress, Captain Amarinder Singh, and the people of Punjab.” Channi said, “I myself have been a rickshaw puller… I will not let anyone hurt the agriculture sector… I will ask the Center to repeal black laws. I will appeal I fully support the farmers’ struggle.

Significantly, the opposition party in the state, Aam Aadmi Party had announced that if it comes to the government after the upcoming elections, then it will arrange free electricity and water. In such a situation, the Congress government is trying not to give any special opportunity to its opponents among the public.

14/08/2020/11:49:pm
New Delhi: The Coronavirus pandemic is not taking its name in the country. Everyday record level cases are coming up. In many states including...

21/07/2020/11:24:am
New Delhi: The government is preparing to privatize government companies (public sector undertaking-PSU) as well as government insurance companies and banks. According to information...

17/04/2021/2:03:pm
Haridwar: During the Kumbh Mela in Haridwar, Uttarakhand, Prime Minister Narendra Modi today appealed to the common people to keep the Kumbh symbolic, due...