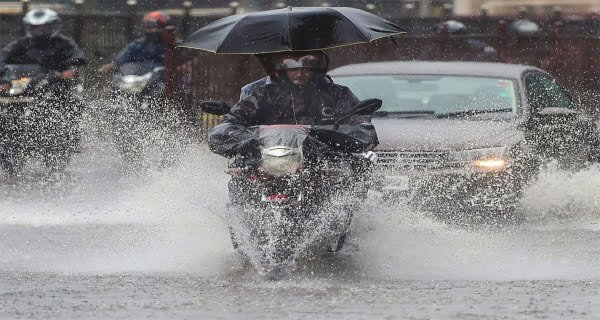 New Delhi: The mood of the weather has changed in Delhi, the capital of the country. Along with Delhi, hail has fallen in the surrounding areas with strong rain. The temperature is expected to fall due to rain. With this, people can get relief from the heat for some time. The weather has changed in Haryana, Rajasthan, and Himachal for the last few days. This has also affected the areas of Delhi-NCR.

There is a chance of rain here
According to the Meteorological Department, light to moderate rain may occur in many parts of Punjab-Haryana and Uttar Pradesh on Friday. The Meteorological Department has predicted light rains at many places including Rohtak, Jhajjar, Sonipat, Gurugram, Shamli, Khatauli, Muzaffarnagar, Deoband, Baghpat, Saharanpur, Bahadurgarh in the next few hours. Apart from this, the mood of the weather has changed in most parts of Bihar. In most areas of the state including Patna, there has been a sharp drop in the maximum temperature due to thunderstorms. Let us know that Himachal Pradesh has been snowed many times in the month of April. Fresh snowfall and rain have brought down the temperature in the state. Due to the activation of Western disturbance, the western disturbance has returned to Himachal again. Himachal’s Keylong, Kalpa, Kothi received fresh snowfall.

31/10/2020
Bengaluru: Karnataka Chief Minister BS Yediyurappa on Saturday said that Cabinet Expansion would be expedited after the Assembly By-Election on November 3. He also...

16/11/2020
Wellington: It will be legally binding for people to wear masks on planes across the country from Thursday in New Zealand. In Auckland, on...

06/06/2020
New Delhi. For the past one month, there has been a dispute over the border between India and China. In the meantime, soldiers of...

10/02/2021
New Delhi: The Supreme Court on Tuesday took cognizance of the Centre's stand that UPSC Civil, including the students who failed to appear for...

Ola Uber cab owners will no longer be able to charge the desired fare,...

28/11/2020
New Delhi: For the first time in India, the Center has issued guidelines for regulating cab aggregators like Ola and Uber. The aggregator is...