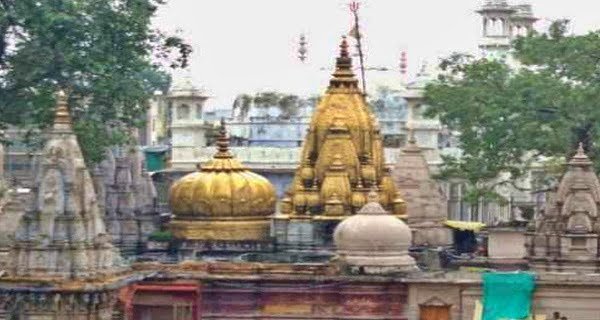 Varanasi: A big decision has come in the Kashi Vishwanath Temple Gyanvapi campus dispute (Kashi Vishwanath-Gyanvapi) case. The survey has been decided in the Senior Division Fast Track Court for Archaeological Survey at Gyanvapi campus. Civil Judge, Senior Division, Fast Track Court Ashutosh Tiwari has given the verdict of the survey for the archaeological survey of Gyanvapi campus. This decision of the court is being considered as a big decision in favor of the people of Kashi Vishwanath Temple side. The court has issued an order on the case related to the survey since 1991. The court has directed that the entire campus should be studied by forming a team of 5 people from the archeology department of the center.

This is the whole case
In this case, the ancient idol Swayambhu Jyotirlinga Lord Vishweshwar vs Anjuman Arrangements mosque has two parties face to face. The appeal to conduct an archaeological survey of the Vishwanath temple complex, including the Gyanvapi mosque in Varanasi, was made by an appeal to the court of the Civil Judge (Senior Division – Fast Track Court) on behalf of the ancient idol Swayambhu Jyotirlinga Lord Vishveshwarnath. Meanwhile, objections were also lodged against the demand of the survey by the ASI and the Uttar Pradesh Archaeological Department on behalf of the Muslim parties. It is known that Gyanvapi Mosque is also located in the Kashi Vishwanath Temple enclosure, whose case has been going on since 1991 in the local court. After the rule of stay of stay of Supreme Court for last 1 year, hearing of this matter has started in Varanasi Court once again. The Hindu side is demanding that the entire area be conducted with ASI by archaeological survey.

This is demand
Former District Government Advocate (Civil) Vijay Shankar Rastogi, the plaintiff in the case, said that the lawsuit filed since 1991 demanded that the mosque is a part of the Jyotirlinga Vishveshwara temple. Where Hindu believers have the right to worship, see and worship. This demand from the court was filed by the ancient idol Swayambhu Jyotirlinga Lord Vishweshwar’s party Pandit Somnath Vyas and others. Anjuman Intezamia Masjid and other opposition are in the case. Two litigants, Dr Ramrang Sharma and Pandit Somnath Vyas, who filed the case, have died. After which Vadamitra former District Government Advocate (Civil) Vijay Shankar Rastogi, who is representing the place of Pandit Somnath Vyas, has said in the application that the Shivling of Swayambhu Visvesvarnath is still established in the alleged disputed premises. It is one of the twelve Jyotirlingas in the country and Muslims have built a mosque by occupying the temple premises. On 15 August 1947, the nature of the disputed complex was of the temple itself. Now the plaintiff appealed to the court to ask for the report from the Archaeological Survey of India in terms of physical and archaeological survey by surveying the radar technique and digging the premises.

This is the argument of the Muslim side
The plaintiff Vijay Shankar Rastogi states that the dispute was raised on behalf of the Muslim side that the religious position of the disputed site i.e. Gyanvapi Masjid was that of the mosque on 15 August 1947 and the ongoing trial should be canceled on this basis. Against which the Hindu side, on behalf of the Hindu side, stated in the court that the Gyanvapi mosque of the entire Vishwanath temple complex is a disputed part and should be on the basis of evidence to determine the religious status, therefore first of all to take evidence of the entire Gyanvapi complex It was ordered by Additional District Magistrate in 1998.

The Muslim side went against him in a writ petition in the High Court. For this reason, its action was postponed for a long time. Now after the standing order is over, the writ has been issued to the ASI, New Delhi, and the Department of Archeology, UP Government, to take the archaeological evidence of the entire Knowledge Complex through the court, requesting that the Archaeological Department go through the radar and excavate the Swayambhu Visheshwar sits under the dome space in the middle of the disputed site of the Jyotirlinga, reflect it and take evidence of the entire Gyanvapi complex. The application for this was filed in the court of Civil Judge (Senior Division- Fast Track Court).

22/07/2020
Ghaziabad: Hospitalized journalist Vikram Joshi succumbed during treatment on Wednesday after being shot by miscreants. He was returning home with his two daughters on...

15/06/2020
Karona virus has spread throughout the world. So far its medicine or drug has not been found. The only way to avoid corona is...

Akshay Kumar made a big announcement as soon as PUBG was banned, soon the...

04/09/2020
New Delhi: The Indian government has made another digital strike on the neighboring country by banning Chinese Apps. The Government of India has banned...