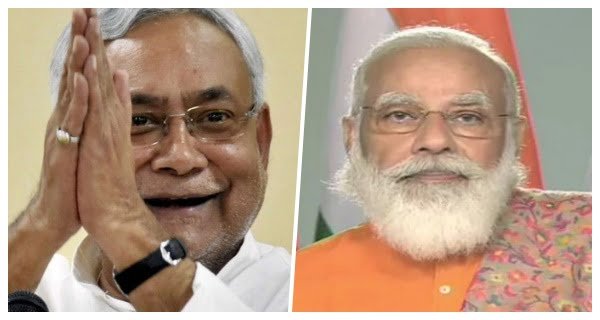 Patna: Overcoming the wave of anti-incumbency in Bihar and the tough challenge of the opposition, the NDA led by Nitish Kumar (NDA) achieved the magic number of majority in Bihar. The ruling coalition won 125 of the 243 seats in the Bihar Assembly, while the opposition grand coalition won 110 seats.

RJD biggest single party:
This time RJD has emerged as the largest single party with 75 seats to its name. The BJP, which seemed to be gaining ground in the early hours of the counting, came in second with 74 seats after a 16-hour count.

LJP lost 30 seats to JDU:
JD (U) has suffered a lot due to Chirag Paswan’s LJP. The LJP won one seat, but it lost to JD (U) in at least 30 seats. Apart from 74 seats of BJP and 43 seats of JD (U), the ruling alliance partners Hindustani Awam Morcha got four seats and Vikasil Insan Party (VIP) got four seats. In the Opposition Grand Alliance, RJD won 75 seats, Congress 19, CPI-M 12 and CPI-M won two seats each. In this election, AIMIM has won five seats and LJP and BSP have won one seat each. The independent candidate has managed to win one seat.

Fear of Corona, more than 9 thousand cases come in 24 hours, Govt can take a big decision

28/09/2020
Patna: The dates of Bihar Assembly Election 2020 have been announced, after which political parties have started their preparations. On Sunday, the seat-sharing formula...

23/09/2020
Delhi, India:  Omnipresent Robot Technologies, which is working with ShopX as a Drone Consortium partner, has become the first drone company in India to receive...

29/12/2020
Anurag Kashyap and Anil Kapoor's film AK Vs AK has been released on Netflix. The film is directed by Vikramaditya Motwani. Anil and Anurag...