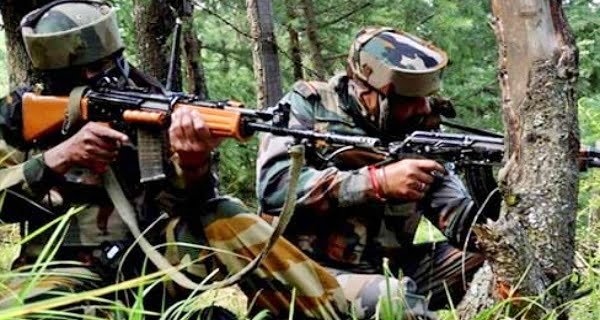 Srinagar: Five soldiers, including a JCO, were martyred in an encounter between security forces and terrorists in the Dera Ki Gali area of ​​Jammu and Kashmir’s Poonch district. Security forces have cordoned off the area and at present, the encounter is going on there.

A Defense Department spokesman said that following information about the presence of terrorists, an operation was launched early in the morning in a village near DKG in Surankote. Officials said that there were reports of terrorists with heavy weapons crossing the Line of Control and hiding in the forest of Charmer. Additional forces have been sent to the spot so that all the exit routes of the terrorists can be closed.

According to the information received, about 4 terrorists had crossed the border and reached Poonch and after that left for the Kashmir Valley. Security forces surrounded the four terrorists in the Dera Ki Gali area near Mughal Road, after which firing started from both sides. These five soldiers were seriously injured in this firing, after which they were immediately taken to the hospital, but they died on the way. Along with this, the security forces have surrounded the entire area and till the writing of the news, the encounter is going on at the spot.

Now these companies including NGOs will also issue driving license

06/08/2021/5:45:pm
New Delhi: The central government has made a big announcement regarding the making of a driving license. Now car companies, automobile associations, and NGOs...

Full lockdown on 7, 11 and 12 September in West Bengal

26/08/2020/11:04:pm
Kolkata: The West Bengal government has announced that all educational institutions in the state will remain closed till 20 September. At the same time,...

In these situations, insurance company cannot deny the claim of medical expenses

29/12/2021/9:43:am
New Delhi: The Supreme Court has said that an insurer cannot quash a claim after issuance of a policy by referring to the existing...

Massive fire broke out in a 3-storey building near Mundka...