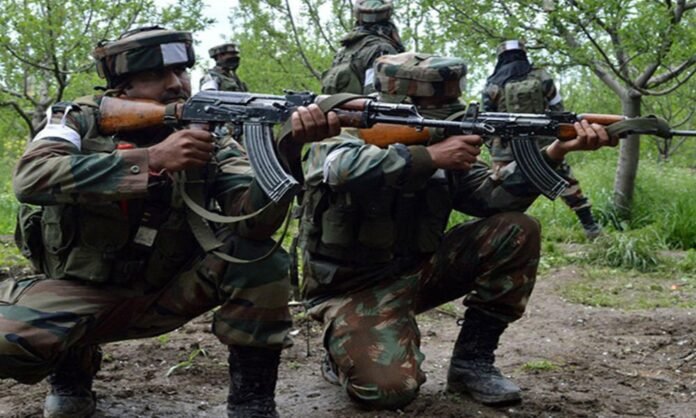 Srinagar: According to news, an encounter has started between security forces and terrorists in the Pulwama district of Jammu and Kashmir on Wednesday. Along with this, the news is coming that till now two local terrorists including Ayaz alias Abu Huraira, a resident of Pakistan, have been killed in this Pulwama encounter. According to IGP Kashmir on the issue, “Pakistani Lashkar Commander Ejaz alias Abu Huraira was killed along with 2 local terrorists.”

On this news, a police officer said that after getting information about the presence of terrorists, the security forces started a search operation by laying siege in Pulwama. Now this operation has turned into an encounter after the terrorists opened fire on the security forces. The force also gave a befitting reply to the firing.

He said that so far there is no report of any casualty from either side. But till now two local terrorists including Lashkar terrorist Ayaz have become victims of security hair bullets in it. At present, more information is awaited.

More than 35 thousand cases of Delta variants in week in Britain, now...

From today changed the way of buying and selling products in the country, learn...

27/07/2020/11:07:am
New Delhi: New rules have come into force for e-commerce companies in the country from 27 July. Modi government has also issued a notification...