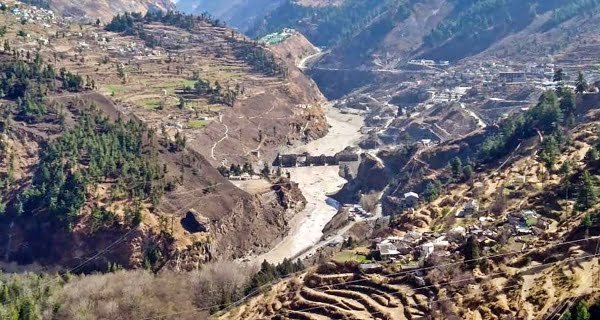 Dehradun: The death certificate will soon be issued to the families of those missing in the disaster that occurred in Chamoli on February 7. Following the guidelines received from the Center in this regard, the Uttarakhand government has also issued a notification. 204 people are still missing in the Chamoli disaster. Of these, 70 bodies have been recovered, while 134 people are still missing. To search for them, the search operation has been going on continuously for the last 16 days at the Rishiganga and Dhauliganga basins of Chamoli as well as at the Tapovan tunnel and barrage site. Now the government has issued a notification to declare all these 134 people dead.

The state government had written a letter to the Center to declare the missing people dead, so that the standards were relaxed. Under this, the idea was to declare the missing people as soon as possible, so that timely relief money could be distributed to their families. For this, SDM has been authorized in all the districts in Uttarakhand, while the District Magistrate will be the Appellate Officer.

The relatives of the missing people will have to file a report in their native district with a notarial affidavit of missing or death. From where this report will come to Chamoli district administration. Similarly, if people of other states or people of other districts have filed a missing report in the disaster affected area of ​​Chamoli, then the authorized officer in the affected area will send this report to the SDM of the concerned district for investigation. After getting the investigation report from there, the death certificate will be issued.

Let us tell you that in such cases there is a provision to declare a missing person dead after seven years under the Central Disaster Management Act. But at the request of the state government, the Center has given the green signal to relax it. In the disaster of 2013, in the same calamity, the missing people were declared dead.
In Chamoli glacier accident, 140 people were hit by the power project located in Tapovan of NTPC. NTPC has announced a compensation of 20 lakh each to the families of all these people. Many families have been given this compensation. Apart from this, the state government has announced Rs 4 lakh and the Center has announced Rs 2 lakh from the Prime Minister’s Relief Fund.

Continuation of sending Rohingya refugees from Bangladesh to new island, 7,000 people have been...

16/02/2021
Dhaka: Bangladesh government on Monday sent a fourth group of Rohingya Refugees from Myanmar to the new island developed in the Bay of Bengal....

19/06/2020
Palpal Correspondent, Jabalpur(MP): A sensational feat of the University of Medical Sciences (Medical University) in Jabalpur, Madhya Pradesh, has come to the fore, in...

13/10/2020
Srinagar: Mehbooba Mufti, the head of the People's Democratic Party of Jammu and Kashmir, has been released after 14 months of house arrest. Jammu...

27/09/2020
Kabul: A total of 959 newly graduated soldiers on Sunday joined the Afghan National Army (ANA), boosting the force amid an increase in the...

15/10/2020
Washington: World Bank President David Malpas has said that the world is suffering from the deepest recession since the Great Depression of the 1930s...