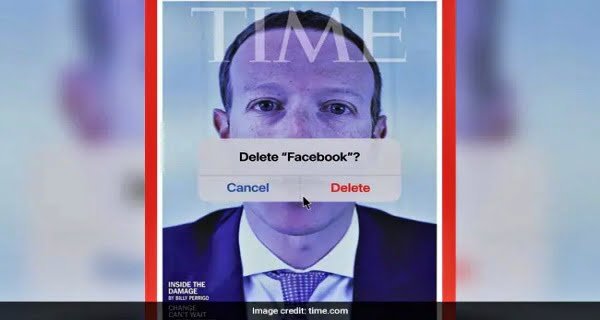 New York: The world’s prestigious TIME magazine has made Facebook founder Mark Zuckerberg the cover page in its new edition. In this cover story, Time has claimed that Facebook is harming children. Its focus is on making a profit rather than security. In the cover photo of the magazine, the phone app deletion icon is shown on the phone and the readers have been asked questions about deleting it or keeping it in the app.

Former Facebook employee and whistleblower Frances Haugen is constantly making big revelations about Facebook. He told US lawmakers this week how the company is profiting from the safety of the people. He said that people are using the Facebook platform to plan to spread violence. The company has also taken very few steps to stop this.

This article talks about Facebook’s Civic Integrity team in detail. It says how the decisions of the social media company left many important team members disillusioned. Such people in the company are fighting against misinformation and hatred. Facebook disbanded the team in December 2020, which eventually led to Frances Haugen making the activities inside Facebook public.

Billy Perigo, the article’s author, says, “Whatever the future direction of Facebook, it is clear that discontent is brewing internally. Haugen’s leaked documents and testimony have already served to tighten regulation and improve quality.”

Earlier this week, Mark Zuckerberg hit back at the whistleblower’s claims, saying there was no truth to it. Zuckerberg wrote in a note to Facebook employees, “The argument that we deliberately promote content that makes us a profit and offends people is highly illogical.” I don’t know any technology company that manufactures products that make people angry or sad.

27/07/2020/10:55:pm
New Delhi: After increasing the demand for turmeric in the domestic market, now the demand for its exports has also increased. Worldwide, it is...

18/04/2021/11:27:am
Yangon (Myanmar): Myanmar's military government on Saturday released more than 23,000 Prisoners, including three political prisoners, on the occasion of the traditional New Year....

Heavy rain may occur in these states for the next 5 days, know IMD’s...

22/09/2021/9:52:am
New Delhi: Today, the Indian Meteorological Department (IMD) has issued an Orange Alert, expressing the possibility of moderate rain in Delhi-NCR. Let us tell...