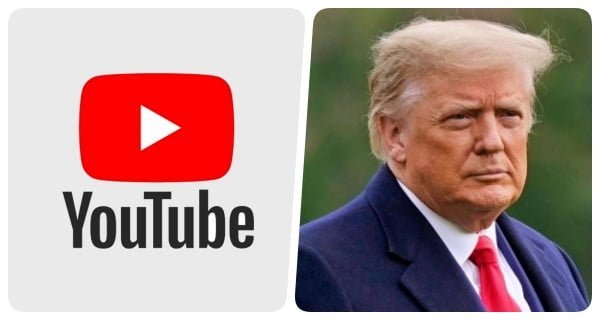 Washington: US media reported that YouTube suspended former US President Donald Trump indefinitely and said it also prevented former President’s lawyer Rudy Giuliani from monetizing his clips. Will give. About a week later, the social media giant has confirmed that it is increasing the ban on Trump’s channel. Trump’s channel has close to 3 million subscribers. This decision has been taken after the Capitol Hill Riots in the US on 6 January. Some social media platforms had previously banned the accounts of HeatRump, YouTube has now confirmed its ban.

YouTube-owned organization YouTube has faced criticism for its proliferation in Washington after the violence in Washigton, with some videos containing slow reactions and inciting riots. The YouTube spokesperson quoted the American political news organization ‘Politico’ as saying that ‘Donald J Trump’s channel will be suspended in view of the possibility of violence’.

The action was taken due to posting misleading information
The company has separately said that the account of former President’s lawyer Rudy Giuliani will be blocked from the Partner Program. This allows the creator to make money from his videos. This action has been taken due to posting misleading information about the US election. This decision has been taken after repeated violations of the company’s policy.

The 76-year-old has posted videos titled “The Biden Crime Families Payoff Scheme” and “Election Theft of the Century” on his channel, which has around 600,000 subscribers.

According to YouTube, Giuliani can appeal this decision in thirty days, but they have to resolve the issues.

22/10/2020
Mumbai: Capgemini in India today announced the launch of Tech Challenge 2020, the seventh season of its unique hackathon designed to identify the best programmers from across India....

Iran calls US aircraft harassing its planes in Syria ‘illegal’

25/07/2020
Tehran: Iranian officials criticized American fighter jets for harassing one of their passenger aircraft in Syrian airspace as "illegal" and threatened Washington over the...