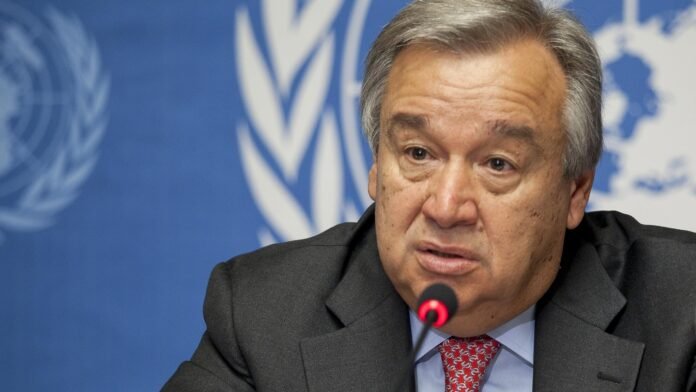 New York: United Nations chief Antonio Guterres said on the sidelines of the Nuclear Non-Proliferation Treaty that the world is now facing the biggest nuclear threat since the Cold War. Guterres made this remark while pointing to the five-month-long Ukraine-Russia war. He further cited Russia’s conflict with Ukraine and tensions on the Korean peninsula and the Middle East, saying he feared the threat of a nuclear attack could increase over time.

The UN chief, who attended the tenth review conference of the Nuclear Non-Proliferation Treaty, warned that humanity is just a misunderstanding and a miscalculation away from nuclear destruction. Guterres said that we have been extraordinarily lucky so far. But luck is not a strategy. Nor is it a shield from the geopolitical tensions simmering in a nuclear conflict. He called upon the nations to lead humanity on a new path towards a world free of nuclear weapons.

‘Destruction of nuclear weapons is the only guarantee’
The meeting, held at the United Nations Headquarters in New York, was postponed several times after 2020 due to the Kovid-19 pandemic. Guterres said that this conference is an opportunity to strengthen this treaty and make it suitable for the worrying environment around us.

According to Guterres, this crisis can be avoided only by destroying nuclear weapons. Next, he would visit Hiroshima for the anniversary of the 6 August 1945 atomic bombing of the Japanese city by the United States.

Bowlers who scored most dot balls in IPL 2022

In China, this machine will punish criminals, scientists have prepared AI ‘Prosecutor’

27/12/2021/10:06:pm
Shanghai: China is continuously working rapidly in the field of technology and is developing new products. In this episode, a team of scientists in...