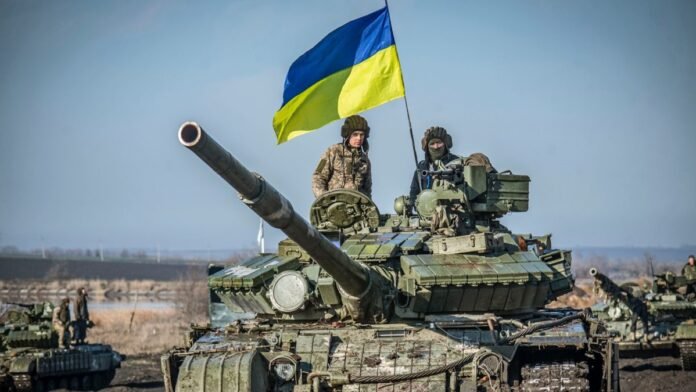 Paris: Germany’s foreign minister said on Sunday her government would not stand in the way if Poland wants to send its Leopard 2 tanks to Ukraine, in a possible breakthrough for Kyiv which wants the tanks for its fight against Russia’s invasion.

Ukrainian officials have been calling on Western allies to supply them with modern German-made tanks for months.

Asked what would happen if Poland went ahead and sent its Leopard 2 tanks without German approval, Annalena Baerbock said on France’s LCI TV: “For the moment the question has not been asked, but if we were asked we would not stand in the way.”

Her remarks appeared to go further than German Chancellor Olaf Scholz’s comments at a summit in Paris earlier on Sunday that all decisions on weapons deliveries would be coordinated with allies including the United States.

Germany has been under heavy pressure to let Leopards go to Ukraine. But Scholz’s Social Democrat party is traditionally skeptical of military involvements and wary of sudden moves that could cause Moscow to escalate further.

German defense minister Boris Pistorius said on Sunday that he expected a decision soon on the tanks, though he kept up a note of caution.

Pistorius told ARD TV that Germany would not make a hasty decision because the government had many factors to consider, including consequences at home for the security of the German population.

Ukrainian President Volodymyr Zelenskiy repeated his long-standing plea for the tanks at his Sunday meeting with former British Prime Minister Boris Johnson who was visiting Kyiv.

skiy said, according to a statement on his website.

Ukraine says the heavily armored Western battle tanks would give the Ukrainian ground troops more mobility and protection ahead of a new Russian offensive which Kyiv expects in the near future. It would also help Ukraine retake some of the territories that has fallen to Russia.

After the Paris summit, Scholz told a news conference that all weapons deliveries to Ukraine so far had taken place in close coordination with Western partners. “We will do that in the future,” he said.

Speaking at the same news conference, French President Emmanuel Macron said he did not rule out the possibility of sending Leclerc tanks to Ukraine.

Macron said that sending tanks must not escalate the situation, must take into account the time to train Ukrainians to be effective, and must not endanger France’s own security.

“Regarding the Leclercs, I asked the Army minister to work on it, but nothing has been ruled out,” Macron said, adding that the move would have to be coordinated with allies such as Germany in the coming days and weeks.

German sources have told Reuters they would allow German-made tanks to be sent to Ukraine to help its defense against Russia if the United States agrees to send its own tanks. But U.S. officials have said President Joe Biden’s administration is not poised to send its own tanks, including the M1 Abrams.

The Kremlin’s spokesman said on Friday that Western countries supplying additional tanks to Ukraine would not change the course of the conflict and would add to the problems of the Ukrainian people.

20/05/2021/9:42:pm
New Delhi: In a major relief to taxpayers, the Central Board of Direct Taxes (CBDT) on Thursday extended the deadline for filing income-tax returns...

06/11/2021/4:36:pm
Mumbai: 10 Kovid positive patients died after a fire broke out in the ICU of a government hospital located in Ahmednagar District Hospital, Maharashtra....

02/07/2021/9:13:pm
Srinagar: Five Lashkar-e-Taiba terrorists were killed in an encounter between security forces and terrorists in Jammu and Kashmir's Pulwama district on Friday. An army...