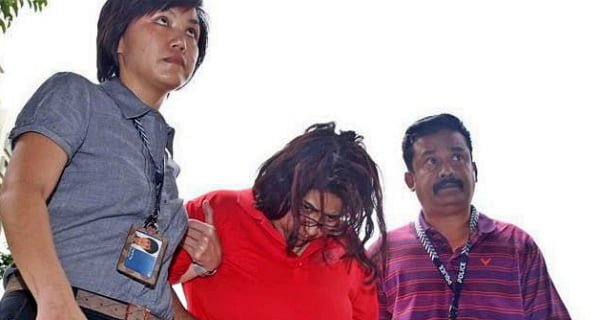 Singapore: 41-year-old Indian-origin Singaporean woman has been sentenced to 30 years in prison for killing her domestic help after repeatedly abusing her over the course of 14 months of employment, according to a media report on Tuesday. This is the longest jail term meted out in Singapore in a maid abuse case.

In February, Gaiyathiri Murugayan pleaded guilty to 28 charges, including culpable homicide, voluntarily causing grievous hurt by starvation, voluntarily causing hurt by a heated substance, and wrongful restraint, the Channel News Asia reported. Piang Ngaih Don, a 24-year-old Myanmar national, died on the morning of July 26, 2016, after being attacked by both Gaiyathiri and her mother, which led to a bone in her throat being fractured and irreversible brain damage.

Over the course of about 14 months, Piang, who came to Singapore to work for Gaiyathiri in May 2015, was kicked, punched and beaten with objects such as a broom and a metal ladle. Gaiyathiri had also lifted Piang up by her hair, shook her violently and pulled out a clump of her hair, even using an iron to burn the maid’s arm on one occasion, the report said. Pronouncing the judgement on Tuesday, Justice See Kee Oon said the prosecution had painted a shocking story of how the victim was abused, tortured, humiliated, starved and ultimately died at the hands of the accused.

“The prosecution’s submissions are framed in forcefully emotive terms, but words cannot adequately describe the abject cruelty of the accused’s appalling conduct,” he said. “This is undoubtedly among the worst cases of culpable homicide,” Justice See said. Gaiyathiri’s husband, suspended police officer Kevin Chelvam, faces five charges linked to the case for assaulting Piang and lying to the police that CCTV cameras in his flat had been removed. Gaiyathiri’s mother, Prema Naraynasamy, also has pending charges, according to the Channel report.

Central Government employees will get increased salary from this date, more than 50 lakh...

13/04/2022/3:32:pm
Snapchat is bringing a brand new model of Stories for its customers in a number of international locations referred to as the Dynamic Stories....

17/05/2022/9:43:am
Mumbai: Bollywood actress Taapsee Pannu has given big good news to her fans today. She has announced her upcoming film. Her upcoming film is...

21/01/2021/10:18:pm
New Delhi: Farmer Organizations agitating on the Agricultural Bill have rejected the proposal received from the Central Government. On Thursday, the Joint Kisan Morcha...

Will Russia do a chemical attack? America took these steps to...