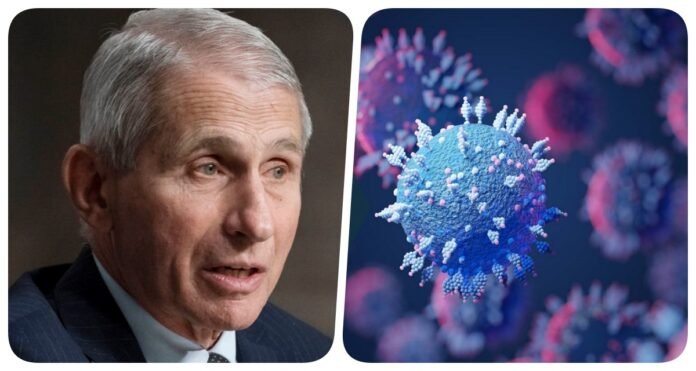 Washington: There has been a stir in the world due to the new variant of Coronavirus, Omicron Variant. Meanwhile, US Chief Medical Officer Dr. Anthony Fauci has told that it will take two weeks to know how contagious the Omicron variant is, how serious it is and what other features it has. Dr. Fossey gave this information while updating US President Joe Biden on Omicron.

In the meeting, Fauci said that the current vaccine can provide a great deal of protection in severe cases of the corona. He also emphasized that for people who have received both doses of the vaccine, if they get a booster dose, then it will be the best protection against corona.

Europe is getting 86 times more new patients than Africa
Only 4,200 patients are being received daily in 54 countries of Africa, which has 17% of the world’s population, which is 86 times less than Europe. Daily deaths in Africa are also less than 150. Compared to Europe, this figure is 26 times less. It is a matter of confidence that both daily cases and deaths in Africa have been decreasing continuously for two months. On the other hand, 3.63 lakh patients are being found daily in 45 countries of Europe with 10% population of the world. More than 3,880 deaths are taking place every day.

08/01/2021/10:17:am
Washington: US Capitol Police Chief Steven Sando has announced that, after criticism for failing to stop President Donald Trump's supporters from committing uproar in...

29/12/2021/2:33:pm
Amman: A video of MPs being assaulted in the Parliament of Jordan is becoming very viral on social media. In fact, during the debate...

Taliban started showing colors as soon as US troops left, attacked in Panjshir

31/08/2021/5:17:pm
Panjshir: After the complete withdrawal of American troops from Afghanistan, the Taliban have also captured Kabul Airport. Now only Panjshir is left. A few...

31/12/2020/2:08:pm
Chandigarh: The ongoing cold wave conditions in Haryana and Punjab intensified at many places on Thursday, with Hisar reeling at minus 1.2 degrees Celsius....