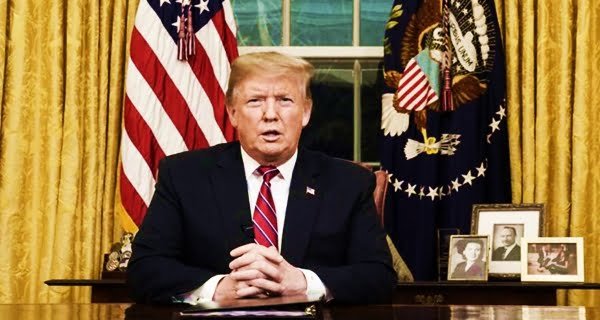 Washington: US President Donald Trump said on Tuesday that he would soon sign a merit-based new immigration law. “We’re about to sign an immigration law soon,” Trump said at a press conference at the Rose Garden at the White House. It will be merit-based, it will be very strong. ” He said, “We are going to work on DACA (Deferred Action for Childhood Arrivals) because we want to make people happy and I would like to tell you that even conservative Republicans want to see something happening with DACA.” Trump said Democrats had three years to do something with DACA but he always disappointed.

In response to a question, the President said, “He always disappointed. He made political use of it. I am using it to do something… We will sign a very powerful immigration law. It will be excellent, it will be based on merit. Which the country has been trying to get for 25-30 years. ” At the same time, Trump appeared fully confident of his victory in the November election. In response to a question, Trump said, “Do you see yourself defeated in the race? Do you see yourself losing? ” The President said, “I don’t see, I think we have good election numbers.” This is not an oppressive election. This is the real election. ” Meanwhile, Trump rages on a reporter over the question of African Americans being murdered by policemen, and begins to talk about white people being tortured as well. Trump told CBS report Katherine Herridge, “There are also white people. There are also white people. What a nonsense question. “

03/03/2022/9:37:am
United Nations: Belarus claimed on Wednesday that around 100 Indian students were thrashed by security personnel deployed along the Polish border and sent back...

01/09/2021/10:24:am
New Delhi: The Center has defended the validity of the new Information Technology (IT) rules before the Delhi High Court, saying these rules will...

Asked to wear a mask in the US, the two sisters...