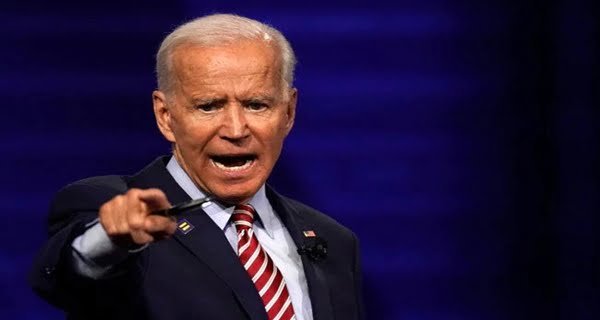 Washington: Democratic Party presidential candidate Joe Biden in the US has said that if he wins the presidential election in November, he will end the temporary suspension applied to H-1B visas most popular among Indian IT professionals. On June 23, the Trump administration suspended H-1B visas and other foreign work visas by the end of 2020, giving a major blow to Indian IT professionals. This was done to protect American workers during the election year. Biden praised the contribution of H-1B visa holders to a digital town hall meeting organized by NBC News on Asian Americans and People of the Pacific Islands (AAPI) issues. “He (US President Donald Trump) terminated the H-1B visa for the rest of this year,” Biden said.

This will not happen in my administration. ” He said this in response to a question in Townhall. “People on company visas have built this country,” said Biden. A-1B visa is a non-immigrant visa, which allows US companies to employ foreign employees in specialized occupations that require theoretical or technical expertise. Through this visa, technology companies recruit tens of thousands of employees every year from countries like India and China. He said, “On the first day (of the term) I am going to send a legislative immigration reform bill to Congress to ease the path of citizenship of 1.1 crore document fewer immigrants. These people have contributed immensely to this country, which includes 1.7 million people from the AAPI community. ” He said, “My immigration policy is designed to keep families together.” Family, integration, and diversity are the pillars of our immigration system, keeping in mind the modernization of the immigration system. ” He alleged that Trump’s immigration policies were cruel and humane. Biden said he would take immediate action to protect the dreamers, including more than one million qualified people from East and South Asia. The former Vice President also said that he would repeal the Muslim travel ban and immediately reinstate refugee entry in line with US values ​​and historical leadership.

14/01/2023/9:38:am
New Delhi: The budget-making process begins in August-September and involves several stages, including the pre-budget meeting and the Halwa ceremony. It ends with the...

18/10/2021/12:50:pm
Berlin: Strict rules are being implemented to deal with Coronavirus around the world. A similar rule has been seen in the Hesse state of...

Nirav Modi case: India is friendly country, flaws should not be found in India’s...

13/10/2022/9:31:am
LONDON: The London High Court on Wednesday said that India is a friendly country and the UK should not find fault with the Indian...

India controls world cricket, no one dares to go against it:...