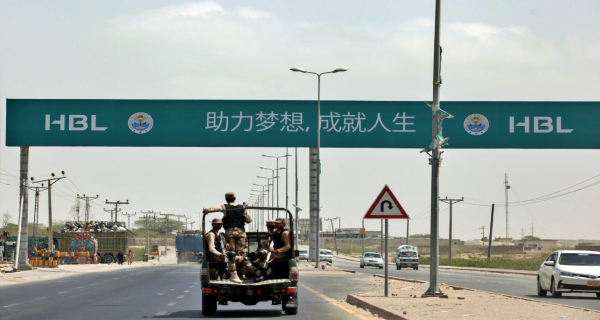 China has made great inroads in Pakistan by adopting its old recipe of infiltration by giving loans. This is a double blow for India because both countries have a bad relationship with India. Here in the name of investment in Pakistan, China is facing a new problem, which is the violence of Baloch rebels.

What is happening in Pakistan
Pakistan is facing rebellion of its own people every day. Even now China has invested trillions of dollars in Pakistan. Pakistan may have to bear the brunt of this. Actually, it has been happening that the demand of Baloch rebels, who have been demanding to separate themselves from Pakistan for decades, has become violent.

Adopting different strategies
For violence too, Baloch is not attacking the Pakistani army directly, but by sorting and attacking the areas where there is a huge investment of China and a road or bridge is being prepared. Baloch are also hindering the arrival of goods at the construction site. Many such incidents occurred in the year 2020 and in December the Pakistani army had to lose 7 of its soldiers in a fierce attack. Needless to say that these soldiers were engaged in protecting the Economic Corridor of China.

China’s money in danger
The internal dialogue between China and Pakistan did not come to light after this incident, but it is not very difficult to guess the anger of China while holding the money with teeth. After the attack, once again, China’s investment of billions of dollars in Balochistan’s Gwadar Port and Free Trade Zone has been in crisis. Let us know that China has invested more than 60 billion dollars in Pakistan and the secret which it has given huge loans to Pakistan is different.

Pakistan is under tremendous pressure at this time. Here, in front of the world, China is unable to do anything even though it is mistaking Pakistan. Reason, Baloch insurgency is a completely internal issue of Pakistan. Baloch remained far behind in education, employment and health

Why does Baluchistan want to secede?
Baloch people believe that after separating from India, Pakistan developed Sindh and Punjab provinces but never paid attention to Balochistan. The result was that Baloch remained far behind in education, employment and health. In view of this, the demand for Baloch independence became very strong in the seventies.

The violence took place with Baloch
The then Bhutto government of Pakistan adopted an aggressive approach to suppress it. The Pak Army also started killing common Baloch civilians there. It is estimated that in the year 1973, about 8 thousand Baloch civilians-fighters were killed in the conflict between the army and Baloch fighters. At the same time, about 500 soldiers of Pakistan were killed. After this, the matter became openly cold but anger was instilled within the Baloch people.

Target made to the place of stay of Chinese
In 2019, the only five-star Hotel Pearl Continent in Gwadar was attacked by Baloch rebels. Let me tell you that only the officials who came to work on infrastructure from China have stayed in this hotel. He also threatened that he would not allow the CPEC project to be completed. It makes sense that sugar is not safe in Pakistan. This is the aim of convincing the rebels who have been seeking independence for decades so that they can somehow pressurize the Pak government for their independence.

Conflict over human rights
The Imran government is already heavily in debt. In such a situation, she does not want to leave China. To make Jinping happy, she is committing violence on her own people i.e. Baloch rebels as well as the common people of Balochistan province. China is already surrounded by violence on Uigars in the matter of human rights. In such a situation, he would not want to be the reason in any other case. This is the reason why he will not take any direct action on the people of Balochistan but will pressurize Pakistan through diplomacy to solve the problem, otherwise, China has the way to ask for the loan back.

26/10/2020
Yerevan (Armenia): The war for the Nagorno-Karabakh region continued on Sunday, with Armenia and Azerbaijan reiterating their commitment to a peaceful solution to their...

21/07/2020
New Delhi: The Delhi High Court on Tuesday sought a response from the central government and the Reserve Bank of India (RBI) on a...

13/10/2020
Beijing: China has announced strict rules and regulations for its Muslim citizens to go on Haj pilgrimage. Chinese citizens will now be able to...