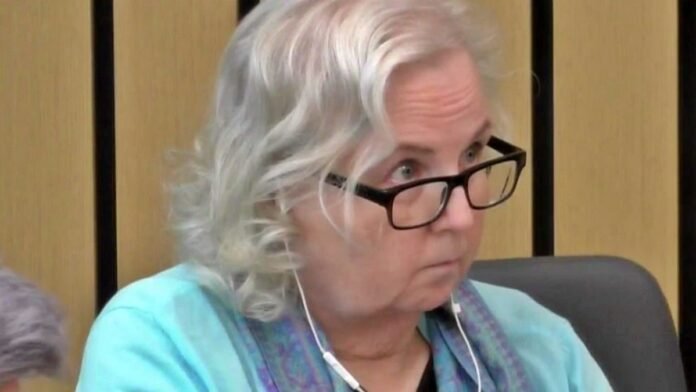 Washington: US House of Representatives Speaker Nancy Pelosi’s plane has reached Taiwan despite repeated warnings from Chinese President Xi Jinping. Whereas the Chinese government has already threatened Joe Biden that the act of provoking him would be like playing with fire and could have dire consequences. Pelosi’s visit is said to be the highest-level visit by an American official in the past 25 years.

The US has been maintaining the ‘One China Policy’ since 1970 and has recognized Taiwan as part of China. But at the same time, he is also maintaining unofficial relations with Taiwan. This is a tactic that has been known to be deliberately vague. Beijing considers Taiwan a part of China and frequently threatens it. China has never denied the possession of the island through military force.

What troubles China with Pelosi coming to Taiwan
China feels that the presence of a senior American figure in Taiwan clearly indicates that the US will support Taiwan for its independence. China’s Foreign Minister and spokesman Zhao Lijiang have said that if this visit takes place, then China will not back down from taking tough measures. He said that while Pelosi’s visit to Taiwan will affect China’s sovereignty and territorial integrity, the move will also affect Sino-US relations.

History of tension between China and Taiwan
About 160 km from China’s southeast coast is the island of Taiwan, in front of which are the Chinese cities of Fuzhou, Quanzhou, and Xiamen. Once upon a time, there was an empire of the Qing dynasty, but in 1895 it went under the occupation of Japan. After China defeated Japan in the Second World War, the control of this island reached the hands of China. After this, Communist leader Mao Zedong won a civil war in Mainland China, during which Nationalist Kuomintang Party leader Chiang Kai-shek fled to Taiwan in 1949.

Chiang Kai-shek established the government of the Republic of China on this island and was its president until 1975. Beijing has never accepted Taiwan’s independent existence and has always considered it an integral part of China. On the other hand, Taiwan argues that the modern Chinese state came into existence after the 1911 revolution and that Taiwan was not part of the state or the People’s Republic of China that was established after the communist revolution. Since then this political tension has continued, and economic relations between China and Taiwan have also been there. Many Taiwanese expatriates work in China and China has also invested in Taiwan.

America and the world’s opinion about Taiwan
The US does not recognize Taiwan as a separate country, only 13 countries in the world are recognizing Taiwan as a country, which mainly includes South America, the Caribbean, Oceania, and Vatican countries. America has always kept its strategy unclear regarding this matter. In June, President Biden said that the US would defend Taiwan if it were attacked, but it was also clarified soon after that the US would not support Taiwan’s independence. While the US has no formal relationship with Taipei. It is Taiwan’s most important international supporter and supplier of arms.

Earlier in 1997, House Speaker Newt Gingrich of the Republican Party had visited Taiwan and during that time also warned China of action. According to the article published in the Indian Express, Gingrich told the New York Times that, we just want to explain to China that we will defend Taiwan.

But since then the situation has changed a lot. China has emerged as a very strong force in world politics today. The Chinese government passed a law in 2005 that gives Beijing the authority to take military action. In recent years, the Taiwanese government has only been saying that the island’s 20 million people have the right to choose their future and will defend themselves in case of any kind of attack. Since 2016, Taiwan has been electing a party that is pro-independence.

What is Pelosi’s opinion on China?
Speaker of the House of Representatives (the lower house of the US Congress) Nancy Pelosi is the second contender for the post of US President after the Vice President. In her political journey, she has often criticized China. Especially if it comes to human rights violations, then they have always taken China into their hands. She has been listing her stance on Pelosi’s website for years in a section titled ‘A Strong Voice for Human Rights in China’. For the past three decades, his name has been at the top of the US Congress as the fiercest and strongest man for human rights.

‘For those who died for democracy in China’
In 1991 Pelosi and other politicians visited China. During this, he waved a banner here on the completion of two years of violence at Tiananmen Square, which read ‘For those who died for democracy in China.’ In 2002, he invited Chinese Vice President Hu Jintao to Congress. and handed over 4 letters on behalf of the members raising the issue of human rights, since he was on an official visit to the US, neither refused to accept the letters. In 2009, Speaker Pelosi visited China and handed over a letter to President Hu Jintao calling for the release of political prisoners.

Leading the US Congressional Delegation to Tibet
Pelosi has also raised the issue of Tibet. “After sharing a decades-long personal friendship with the Dalai Lama, he presented the Congress Gold Medal to the Dalai Lama in 2007. According to his website, in November 2015, he led a US congressional delegation to Tibet, met with Tibetan students and leaders, and advocated for Tibet “for Tibetan autonomy and the preservation of the Tibetan language, culture, and religion”.

25/08/2021/10:00:am
New Delhi: International Olympic Committee (IOC) President Thomas Bach has said that India is among the many countries that are keen to host the...

Is government going to privatize railways? Railway Minister in Parliament

16/03/2022/11:20:pm
New Delhi: Union Railway Minister Ashwini Vaishnav said on Wednesday that at present the government has no plans for privatization of Indian Railways. He...

LIC lost its crown of 5th most valuable company in 4 trading sessions, shares...

Iraq evacuates Tahrir Square, the center of protests in Baghdad for...

Mark Zuckerberg’s announcement, Facebook has been renamed as ‘Meta’